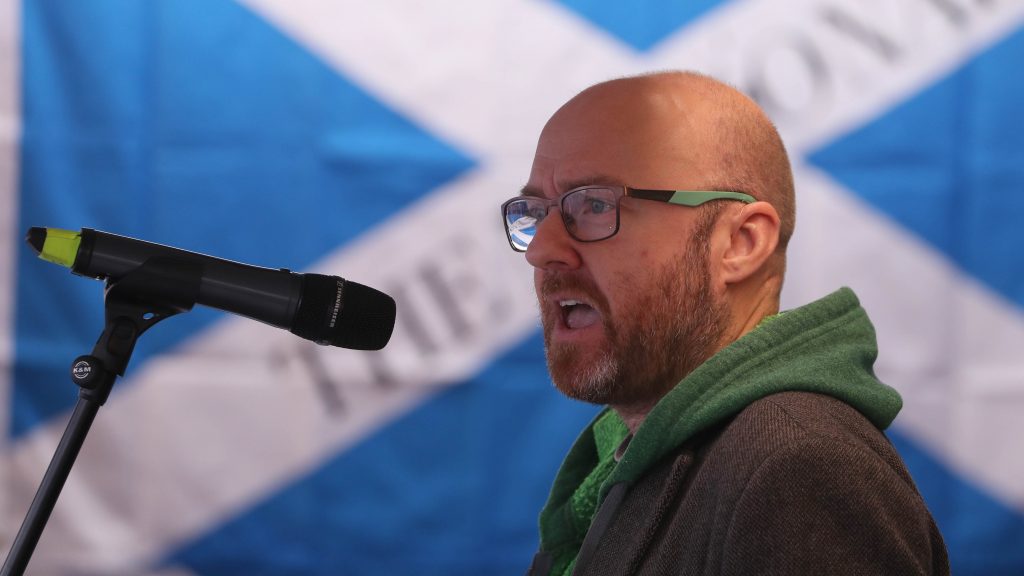 Scottish Greens co-leader Patrick Harvie has said the UK “can’t afford” for the general election not to be climate focused.

Harvie, speaking to the PA news agency ahead of polling day on 12 December, said the world had been given about a decade to take radical action.

And he outlined the importance of having strong Green voices in the room at Westminster, to push the other parties beyond their “comfort zone” on taking climate action.

“People on pretty much every doorstep that I’ve knocked on have been talking about the chaotic shambles that is the UK political landscape at the moment,” said Harvie.

“They’re worried about Brexit, they have strong feelings about independence as well, obviously in Glasgow most of those people will be pro-independence, I’ve spoken to people on the other side of the debate as well.

“And also people look at Boris Johnson, an extremist government, somebody who is clearly not fit for office, and they want rid of Boris Johnson and they think that if he gets a majority he’ll be a severe threat to the interests of the people of the country.”

Harvie continued: “At the same time, we can’t afford for this not to be a climate election.

“The world’s been given roughly a ten-year opportunity to take really transformational, radical action.

“I was speaking at the climate strike demo in Glasgow and for the first time in my life I had the experience of introducing my mum at the demo, because she was there. She wasn’t intending to speak, but I couldn’t resist.

“We’re now in this situation of everybody running around declaring a climate emergency, and it is an emergency, it’s a crisis for our planet and for the viability of our civilisation and the rest of the living world.”

Harvie pointed to the omission of his party from an STV debate with Scottish politicians last week as outlining the importance of Green voices.

“When the Greens aren’t in the room, climate barely got a mention. The ecological crisis that we’re living in just wasn’t on the agenda,” he said.

“I think the case is clear that when Greens are in the room, others start raising their game, responding to this agenda, and we’ve got a long way to go to get the others to acknowledge the massive disconnect between the words and the actions at the moment.

“But they don’t even bother trying when the Greens aren’t there, so that’s why we need some Greens in the room at Westminster as well, and that’s why, if you want to demand climate action, voting Green is your way to do it.”

In their party manifesto, the Scottish Greens have made proposals including the implementation of a Green New Deal in order to tackle the climate emergency, reform of the electoral system, as well as backing Scottish independence, sustainable public transport, and halting Brexit.

The Scottish Greens co-leader also stated the importance of working with other political parties on key issues.

“Beyond just the manifesto, beyond the policies, look at our track record, look at the kind of politics that we do,” he said.

“We have always had a positive, constructive and challenging engagement with others.

“We oppose where we have to, but by and large we want to put forward positive, constructive, creative ideas and push government beyond its comfort zone.

“And that approach has got results. It’s far more useful to the public, in terms of achieving change, than just standing around scoring political points.”

He added: “Where there is genuine common ground, political parties should work together and that’s the balance between constructive and challenging that has got results.

“That kind of politics would make a difference at Westminster, so let’s put some more Green MPs into that chamber.

“For as long as Scotland is part of the UK, there needs to be a Green voice in there.”