A journalist resigned from an establishment outlet, and we all need to hear his reasons for doing so - Canary 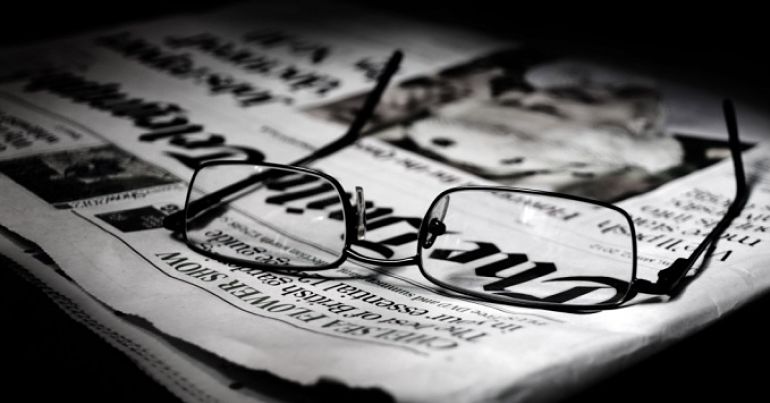 The Canary recently spoke to journalist Tareq Haddad about chemical-weapons revelations in Syria, and how conflicting interests at establishment media outlet Newsweek forced him to resign.

“Freedom of the press is dead”

Haddad wrote about the developments with his work in an article called Lies, Newsweek and Control of the Media Narrative. First Hand Account. At the top of the article, he said:

A mafia runs editors. Freedom of the press is dead. Journalists and ordinary people must stand up.

He gave some background to The Canary about how he got to this point:

I started to work at Newsweek in September… I’ve got a background in writing about foreign affairs and international politics. So when the Turkish invasion of northern Syria began, I started to write about this. And then… one week into the invasion, Turkey allegedly used white phosphorus…

So I wrote about this, and I did a follow-up investigation which required me to talk to several people that were involved in chemical weapons from different organisations. So I was talking to people from the International Committee of the Red Cross. I tried to speak to someone from the Organisation for the Prohibition of Chemical Weapons [OPCW], which is what’s relevant to this story…

It was while I was doing that story I started to hear about… things going on with the OPCW with regards to Douma [the alleged chemical-weapons attack in Douma, Syria back in April 2018] which is, I guess, the event that’s most relevant to my resignation at Newsweek.

“A massive conflict of interests”

So I started to hear that there were some whistleblowers, that some documents were going to be leaked to the press and eventually leaked to WikiLeaks. As I… kept following the situation, we had the WikiLeaks documents which were released. A journalist in the United Kingdom, Peter Hitchens… published his story in the Mail on Sunday. Another journalist, Jonathan Steele, formerly of the Guardian, also published a letter…

then I started to examine the WikiLeaks documents by myself and look at those. I suggested this to my editors just because I felt that the evidence was so strong, and there’s a big public interest to report on this.

But at this point, he said:

I was stopped from reporting on it, essentially. After I kept pushing to try and have the story printed, they refused…

As I was feeling more and more frustrated with the situation, I started to realise that there was actually some corruption going on at Newsweek… the editor who was refusing to publish the story had links to thinktanks that are the same kind of thinktanks that push out propaganda. The funding sources of these thinktanks are all linked to military-industrial-complex interests.

So I thought that this was a massive conflict of interests for any journalist or an editor – even though this is very widespread amongst Western journalism, where many, many journalists have relationships to thinktanks and things of that nature… Even if that’s something that is popular and is something that happens across newsrooms, I don’t think it’s an ethical or proper way of conducting journalism. So that’s why I wrote my piece that discussed these connections to the Council of Foreign Relations and other thinktanks that influence how journalists do their job.

Haddad then went on to say:

to be devil’s advocate… it’s difficult to say how much relationships to these thinktanks actually do influence the journalistic agenda; but I think it’s been documented in other areas how the Council of Foreign Relations almost completely controls US foreign policy…

Essentially, we have this thing… – the idea of inverted totalitarianism – where instead of a fascist leader at the top of the dictatorship you have a range of companies… And even though they’re not directly in power… they essentially control US politics and US foreign interests.

So I think when you have these journalists that come from these thinktanks that have these relationships, it’s difficult to say the extent, but… it’s undoubted that… it biases their view of the world, and it changes the way that they do their journalism… I think that’s fairly obvious, because it’s not just… the Douma story that I couldn’t write about. There’s several other news stories that are just – you will never hear about them in the Western press.

And he gave examples:

Haddad further argued in his article that:

The US government, in an ugly alliance with those that profit the most from war, has its tentacles in every part of the media. Imposters, with ties to the US State Department, sit in newsrooms all over the world. Editors, with no apparent connections to the member’s club, have done nothing to resist. Together, they filter out what can or cannot be reported. Inconvenient stories are completely blocked. As a result, journalism is quickly dying. America is regressing because it lacks the truth.

And as he told The Canary:

All this information is publicly available. I looked at LinkedIn. I looked at Twitter. And you can see a very high number of high-profile journalists that have links to these thinktanks, and… the pattern of their careers is very similar.

The Canary asked Newsweek in particular to comment on Haddad’s words; but we had received no response by the time of publication.