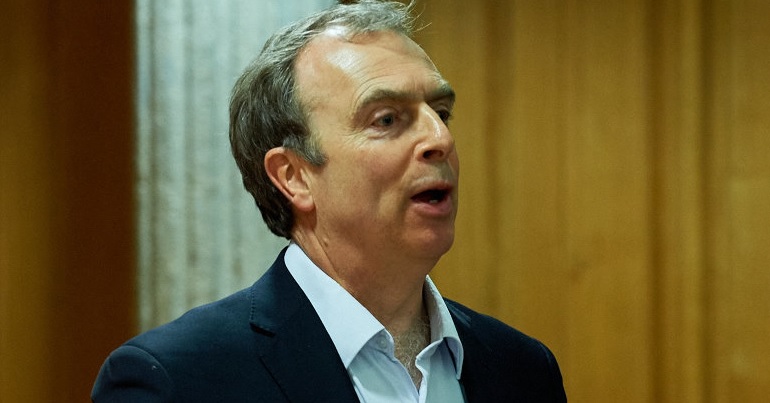 Journalist Peter Hitchens has been closely following developments from the Organisation for the Prohibition of Chemical Weapons (OPCW) regarding the alleged chemical-weapons attack in Douma, Syria back in April 2018. And he recently talked to me in detail about the controversy surrounding the issue.

I was sceptical about the claims that the Syrian state had used chemical weapons in Douma and indeed before that in Khan Sheikhoun. And I began to examine the reports of the OPCW… and found that there was some – how should I put this – ambivalence in those reports; and also that, in the Khan Sheikhoun episode, the OPCW had not observed its own rules about custody chains and actually going directly to the site…

as a result of this, I think I attracted the attention of some people inside the OPCW who had been for some time discontented with what was going on there. And so they came to me, and it was because these whistleblowers came to me that I ended up covering this not just as commentary… but as news…

people whose identities and positions I was able to verify inside the OPCW were saying that the OPCW had been censoring its own reports to give a misleading impression of what happened in Douma. That, of course, is hugely important. Because the Douma episode had been used as the pretext… for a missile attack on Syria by the United States, France, and Britain.

And of course, if the OPCW report did not show that chemical weapons were used, then the legality of that attack came into question. So we were here dealing with quite large matters, as large in some ways as the issue of weapons of mass destruction in Iraq in 2003. So it obviously seemed to me to be vitally important.

“The facts all do tend in one direction”

In his article My secret meeting with mole at the heart of The Great Poison Gas Scandal, Hitchens spoke of an anonymous OPCW source. And he told me:

I can assure you… that I have established his or her identity, and his or her qualifications, and his or her position held in the OPCW. But it is not uncommon in journalism for people with important information, which is inconvenient to the organisations at which they work, to seek anonymity. And I think it’s only reasonable for journalists to give it to them if they ask for it…

If we couldn’t do that, then they probably wouldn’t give us the information. And so the public interest which drives the whole thing, the interest that the public should know this very important fact about the way in which the world is governed, requires that we grant that anonymity and preserve it.

I think there have been efforts since publication by various sources to cast doubt on the importance of the story, though not, interestingly, on its veracity. There’s never been any question that everything that the whistleblowers had told me is true. The documents which I have been shown have been genuine. The OPCW has never at any stage suggested that they are not. What’s been attempted by various online bloggers, and so-called citizen journalists, is to suggest that the revelations are not as important as they, in fact, are – which is all they can do, because the facts all do tend in one direction.

“They can’t challenge these facts, because they are so obviously true”

There was an initial interim report on the Douma episode which was much more extensive and contained much more scepticism about the use of chemical weapons there than the reports which were subsequently published. And also, there was earlier than that… the Henderson episode where the OPCW inspector Ian Henderson had his work on the ballistics of the gas cylinders put to one side rather than included in the report, which… again cast serious doubt on the verdict that… there had been a chemical-weapons event, and that it had been the responsibility of the Syrian state.

And addressing his critics, he stressed:

They can’t challenge these facts, because they are so obviously true. But what they can do is say, ‘Oh, it doesn’t matter. It’s not important’, and spread all kinds of squid ink in the water, suggesting that later reports overcame the problem, which isn’t true. But a lot of people who don’t actually want… to believe this story find it convenient to take this stuff as a reason not to pursue the story in their own newspapers and broadcast organisations. I have been – I won’t say surprised, but disappointed and distressed – by the failure of several large news organisations to actually follow this very important story.

If we had had the media of 2020 in 2003, would you ever have found out that there were no WMD in Iraq? Here, I deplore the growing feebleness of the media (and the growing power of the state to suppress inconvenient information) on such issues. https://t.co/aZMKyyMPYH

Just last week yet more doubts were raised about the occurrence of poison gas attacks in Syria. Yet absolutely nothing was reported on it, reveals @ClarkeMicahhttps://t.co/lNDGKp6cPS

The lesson is clear

As The Canary argued just before the Western bombing of Syria in response to the Douma allegations, there were strong reasons to ignore the pro-regime-change war hawks who were calling for military action. And as is often the case, time proved the sceptics right. Because the information Hitchens helped to reveal shows yet again that the West’s all-too-common ‘shoot first, ask questions later’ approach to international relations is both stupid and dangerous, and should be consigned to the history books once and for all.