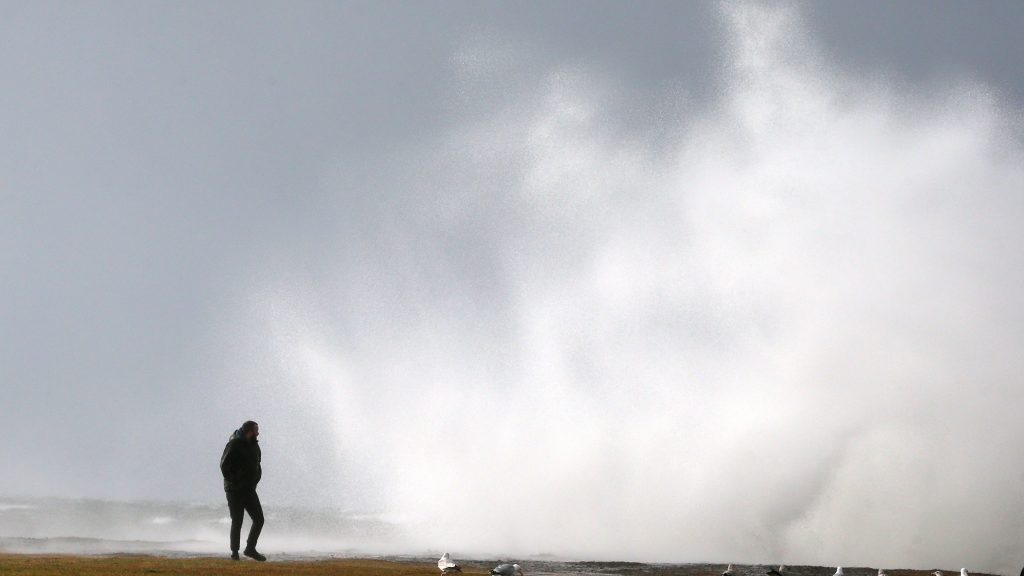 Widespread disruption has been predicted this weekend as Scotland is hit by a second storm in under a week.

The Scottish Government and Police Scotland have issued weather warnings, with Storm Dennis expected to bring gales and heavy rain.

A Met Office amber warning for heavy rain across central southern Scotland will be in place from noon until 11pm on Saturday.

On Sunday, a yellow warning for wind and rain will remain in place for the rest of southern Scotland, the central belt, the west coast and parts of the north-west from 7am until 8pm on Saturday.

A yellow warning for wind covers the whole of Scotland from noon on Sunday until Monday lunchtime.

Scotland was battered by Storm Ciara from last Sunday, with high winds and heavy rain causing flooding, damage to buildings and transport disruption.

The Met Office has forecast gusts will be less strong this weekend.

Police said there is a high risk of disruption to the transport network and potential for problems with flooding and power supplies.

A multi-agency response team will operate on Saturday at the Traffic Scotland National Control Centre in South Queensferry to monitor conditions.

Transport Secretary Michael Matheson said: “The Met Office is expecting Storm Dennis to bring another period of adverse weather this weekend, with heavy rain and strong winds forecast for much of Saturday and Sunday, and into Monday morning.

“The conditions will bring potential for disruption on the trunk road network, as well as other modes of transport, so it’s important people plan their journeys before they set off.

“Motorists should make sure their routes are available, follow the travel advice from Police Scotland and drive to the conditions. ”

He added: “Details of any wind-based closures for the bridges on trunk road network are available from the Traffic Scotland service.

“If you are planning to travel by train, ferry or plane, please check with your operators to see if the conditions are having any impact on your services.”

Sergeant Iain Blain from Police Scotland said: “We are advising motorists who will be travelling in affected areas to travel with caution.

“There is a high risk of disruption, with localised flooding expected, and we urge drivers to drive to the conditions of the road.

“Be prepared to slow down and drive at speeds that appropriate for the conditions. Plan your journey in advance and allow extra time.

“You can keep up to date with weather and road information by following the Met Office and Traffic Scotland on social media.”

Mark McLaughlin, flood duty manager for the Scottish Environment Protection Agency, said the storm would bring flooding risks across much of the country, with the most widespread impact expected across Dumfries and Galloway, the Scottish Borders, Ayrshire, Arran and west central Scotland.

He added: “We are also expecting to see significant coastal flood impacts on the west coast, in particular in the Solway Firth and along the Ayrshire coast due to high tides, storm surge and large waves.”

SP Energy Networks, the electricity distributor for central and southern Scotland, said flooding on roads could make it difficult for engineers to reach faults in the network.

Craig Arthur, director at SP Energy Networks for central and southern Scotland, said power cuts become more likely during storms and encouraged people to have a battery powered torch and fully charged mobile on hand over the weekend.

The storm is also likely to cause severe disruption for ferry services.

Robert Morrison, director of operations for CalMac, said the weather will impact the company’s ability to deliver services to island communities and the public should be prepared for possible cancellations and delays across all routes.