Who are the Uyghurs and what can we do to help them? - The Canary 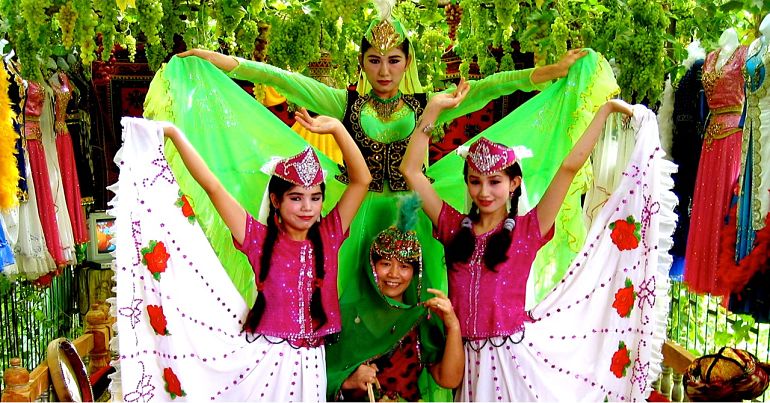 You may have seen recent headlines about the forced sterilisation of Uyghur women in Xinjiang, China. Adrian Zenz, a German researcher, released a report exposing China’s policy to threaten Uyghur (also referred to as Uighur) and other ethnic minority women with internment in the camps for refusing to abort pregnancies that exceed birth quotas. His report is based on official regional data, interviews with ethnic minority women and policy documents.

The Uyghur issue isn’t new, but this shocking piece of information may be the first some people have heard of it. As the US trade war with China continues, American news outlets have reported more consistently on the Chinese Communist Party’s (CCP) human rights abuses. And particularly on those faced by the Uyghur ethnic and religious minority. Donald Trump’s secretary of state, Mike Pompeo, said this reported forced sterilisation, abortion and family planning demonstrates “an utter disregard for the sanctity of human life and basic human dignity”.

In fact, sterilisation of Uyghur women was first reported almost one year ago by the Independent. The outlet relayed stories shared with France24 and Amnesty International by former detainees of internment camps who said they were drugged and no longer got their periods.

Uyghurs, from the western Chinese province of Xinjiang, have been a persecuted minority for decades. The province has a long history of conquer and conquest, the literal meaning of its name being ‘old land newly returned’. Street protests as a result of rising tensions between the Uyghur and the Han Chinese populations in the 1990s and then in 2009 were met with intense crackdowns from the CCP. And calls of separatism within the ‘autonomous’ province were labelled ‘terrorism‘. China co-opted the language of the War on Terror to silence the claims of its Uyghur population.

The Xinjiang region is along the ‘new silk road’ or Belt and Road Initiative, making it a hub of opportunity for which the CCP intends to prioritise ethnically Han Chinese citizens. One year after the initiative was adopted, in 2014, the camps were set up according to Adrian Zenz.

Since 2018, there have been a number of reports on what’s happening in the camps. Information has come from former detainees, family members, and reporters receiving tips from police officers who are part of enforcing the existence of the camps and rounding up Uyghurs to be detained. They describe how detainees have been forced to reject their Muslim faith, speak Mandarin instead of their native tongue and pledge allegiance to Xi Jinping, the leader of the CCP.

The Muslim Uyghurs were forced to drink wine and eat pork as part of coercion out of their faith and the CCP’s aim to homogenise minority cultures. Alongside these reports, and those of Uyghur women being raped by Han Chinese men, it’s also been revealed that Uyghurs are being used as forced labourers for various Chinese and global brands.

Reports were initially met with scepticism. It seemed unthinkable that concentration camps would exist. However, aerial images confirmed the claims. And in late 2019, China went from denying the existence of the camps to defending them as ‘reeducation camps’ that are part of the fight against what it calls “three evils” of “separatism, terrorism and extremism”. Despite leaked documents already revealing the CCP’s actions, its acknowledgement makes it easier to oppose the CCP and others who had been denying the existence of the camps as part of an anti-American stance.

As with most things in the news cycle, reports of the Uyghur issue crop up every time a new horrifying fact about the peoples’ suffering under the CCP is revealed, or when the Trump administration makes a move. Media coverage hasn’t been non-existent, but it’s certainly not what you’d expect given the nature of the abuses being documented.

The ‘Who Are Uyghur’ campaign

When I learned about the camps in September 2018, my first reaction was disbelief, followed by being completely shaken by what I was seeing. The friend who exposed me to these horrors suggested we launch a campaign to educate our peers about the issue, since at the time there was very limited coverage, and it hadn’t made it as a ‘trending topic’ on people’s social media feeds.

The launch of the Who Are Uyghur campaign was effective. We set up social media accounts, and asked Twitter users to change or add Uyghur维吾尔 to their names in order to generate interest around the issue, provoking people to ask what this unfamiliar word signified. We distributed a video on behalf of Murat Uyghur, who was in exile in Finland, and whose parents were known to be detained in one of the camps. Word began spreading and the Uyghur cause became heralded by ‘Muslim Twitter’, the unofficial name given to the sphere of the website where Muslims are active.

Since then, we have amassed a committee of dedicated students and graduates, and connected with a university society that had been set up independently by students at King’s College London (KCL4Uyghur). We’ve taken a position as a campaigning group and umbrella organisation for other student societies being set up across London universities, being able to support them with resources and guidance for events and actions. We also began fundraising for Charity Right, a charity dedicated to alleviating the situation of Uyghur refugees that fled to Turkey to escape persecution, through ticketed educational events and bake sales. The funds raised contributed to our donation page, and we have so far raised enough money to feed three families for a year.

They need our support

Our aims are to continue to educate people on the actions of the CCP towards the Uyghur minority. They are to mobilise people to pressure their MPs to speak out on the human rights abuses and targeted persecution faced by the Uyghurs, and, by extension, to pressure UK institutions to pull out of relationships with Chinese institutions and businesses that have a connection to the camps.

We know that our aims are ambitious. But we believe that equipping the public with the relevant information and practical, easy steps on how to get involved will make them achievable.