People are about to show why Boris Johnson's #NotFitToGovern - Canary 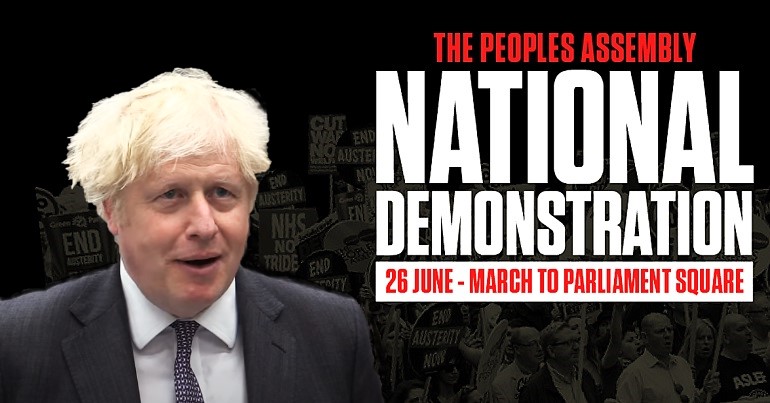 Saturday 26 June will see possibly one of the biggest demos of 2021 so far. Here’s all the details you need to know to get involved and show that Boris Johnson is #NotFitToGovern.

On Saturday, the People’s Assembly will be demanding a ‘new normal’ with a protest. The demo will assemble at 12pm at Portland Place, central London. Then, it will march to Parliament Square: 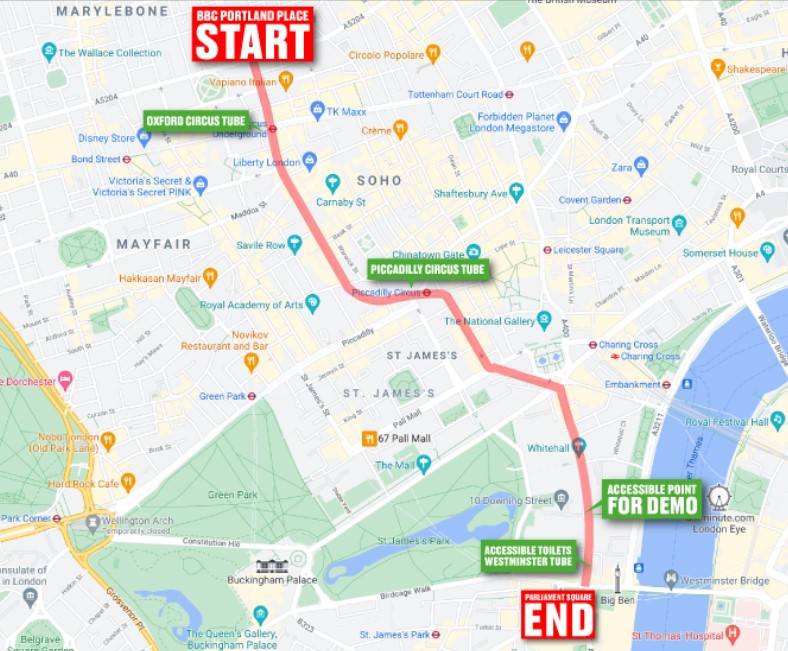 There’s a shorter, accessible march for chronically ill, disabled, and older people. Full details are here. There’s also a specific block for disabled people on the longer march. The rally will have space near the front for chronically ill and disabled people. As of 3pm on Friday 25 June, People’s Assembly had not released details of the speakers.

The protest has 12 demands of the government: 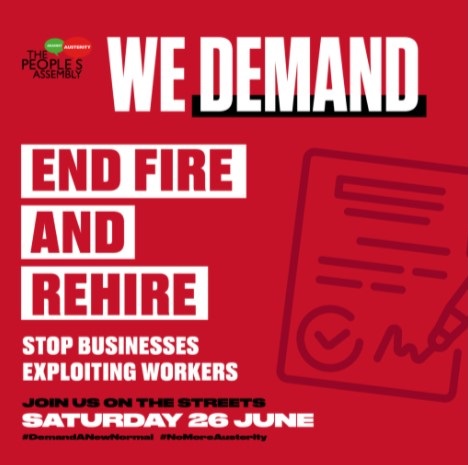 Some of the trade unions and organisations supporting the demo include:

If you can’t attend the demo, you can get involved on social media. Post using the hashtags:

Former Labour leader Jeremy Corbyn is reportedly one of the speakers at the rally. He said in a press release:

I’m proud to support this demonstration. It makes a simple and crucial point: we cannot go on like this.

The pandemic has exposed what happens when health services are run down and government services are outsourced and privatised – placing the interests of the wealthy before the public good.

In its place we can, and we will, build a future that works for the many not the few.

Of course, the backdrop to the demo is multifaceted. As People’s Assembly said in a press release:

The government have made it clear that they want working people to pay for the crisis, as evidenced by the pitiful 1% offer to NHS workers, the public sector pay freeze, low levels of sick pay contrasted to the £billions awarded to friends and donors of the Conservative Party through corrupt contracts. The government has also continued to offer subsidies to big companies who have enacted corrupt practices such as fire and rehire, which has faced strong opposition from the organised labour movement including strike action.

This demonstration will be a coming together of the movement in opposition to the government. One united voice against the handling of the pandemic, against the plans they have to place restrictions on the right to protest in the Police, Crime, Sentencing and Courts Bill, we will be there to reject further austerity and NHS privatisation. We are there to say that there is a different way, it does not need to be like this.

Please make sure you’re Covid-safe: wear a mask if you’re able and try to social distance where possible.

Full details of the demo are on the People’s Assembly website or on its Facebook event page.

Featured image via the People’s Assembly and the Telegraph – YouTube