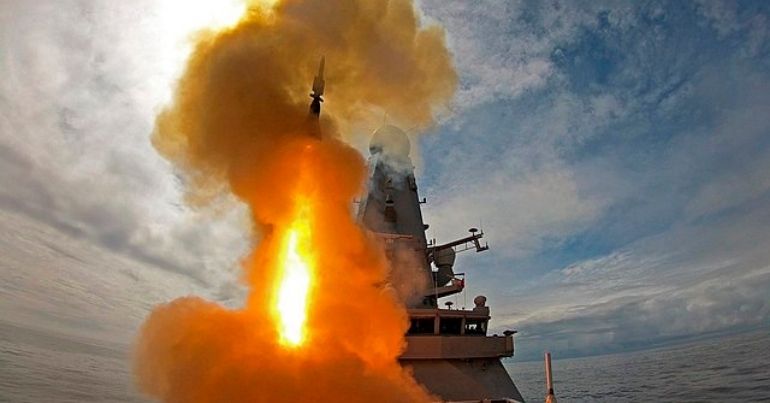 A confrontation between a Royal Navy ship and Russian forces off the coast of Crimea is raising big questions – about journalism, about international relations, and about Britain’s role in the world.

The incident took place on Wednesday 23 June. The British destroyer HMS Defender passed close to the Crimean coast having left Odessa that day. But Russia and the UK tell different stories of what happened next.

Russia has been in control of the Crimean peninsular since 2014, but the western powers say the region was annexed. The route HMS Defender took was through waters Russia considers its own. The response involved a warship shadowing Defender and a coast guard ship closely following the vessel. Multiple aircraft also ‘buzzed’ (flew close to) the UK destroyer.

Russia summoned the UK defence attache in Moscow. And it also claims to have fired warning shots and dropped four bombs near the UK warship. In a BBC video, a Russian voice is heard over a radio threatening to fire.

We may appeal to reason and demand to respect international law. If it doesn’t help, we may drop bombs and not just in the path but right on target if colleagues don’t get it otherwise.

Russians fired no weapons or bombs at or near the ship, according to defence secretary Ben Wallace. He also said Defender had used a legitimate route. Russian claims are propaganda, he told reporters.

These are the things that come an[d] go with Russia. Disinformation, misinformation is something that we have seen regularly. We are not surprised by it.

In a parliamentary statement, he said:

They said artillery was seen on shore but it was out of range and “posed no danger”. Wallace insisted there had been no territorial breach. But there is a lot going on behind the scenes.

Declassified UK reporter Phil Miller tweeted that the Ukrainian government signed a new military deal with UK firms very recently. The firm Babcock International will build naval bases, and Babcock’s board includes a former head of UK intelligence. The close military relationship between the UK and Ukraine is likely to displease the Russian government.

UK signs new naval agreement with Ukraine, coinciding with the incident near Crimea, involving the "creation of new naval bases".

According to the MOD website, the deal was actually signed aboard HMS Destroyer.

The BBC and Daily Mail seem to have had reporters onboard HMS Defender. A number of independent journalist’s questioned their presence.

One pointed out that it was quite a “stroke of luck” media were aboard.

What a stroke of luck to have Daily Mail and BBC journalists on-board a Royal Navy Frigate with broadcast camera equipment when it was sailing past Crimea in very "not provocative" manner.

What are the odds.

Journalist Jonathan Cook seemed to feel there was something deliberate about the reporters’ presence:

Jeez, Guardian. Nothing should be described as 'unexpected' when a UK warship *chooses* to sail into territorial waters claimed by another state. The MoD even invited a BBC journalist onboard, presumably in the hope of them witnessing a Russian response https://t.co/YOOgYVvWcy

Speaking on 24 June, PM Boris Johnson said the UK had the right to be in what he described as Ukrainian sovereign territory:

This is part of a sovereign Ukrainian territory, it was entirely right that we should vindicate the law and pursue freedom of navigation in the way that we did, take the shortest route between two points, and that’s what we did.

But others questioned the UK’s commitment to order, citing examples where the UK has not respected international law. Declassified UK editor Mark Curtis came up with two striking examples: the Israeli naval blockade of Gaza and the plight of the Chagos Islanders.

It's the constant lying I can't stand. Here's the defence secretary saying "The Royal Navy will always uphold international law". They're literally patrolling the illegally-occupied Chagos islands and have exercised with an Israeli navy illegally blockading Gaza. pic.twitter.com/LJlOsyiJrO

The UK government would like to frame Russia as an international bogeyman. But a deeper investigation shows a far more complex story – one of client journalism and defence firm deals. It’s a story that displays nothing of the even-handed role British governments like to pretend they play in the world.