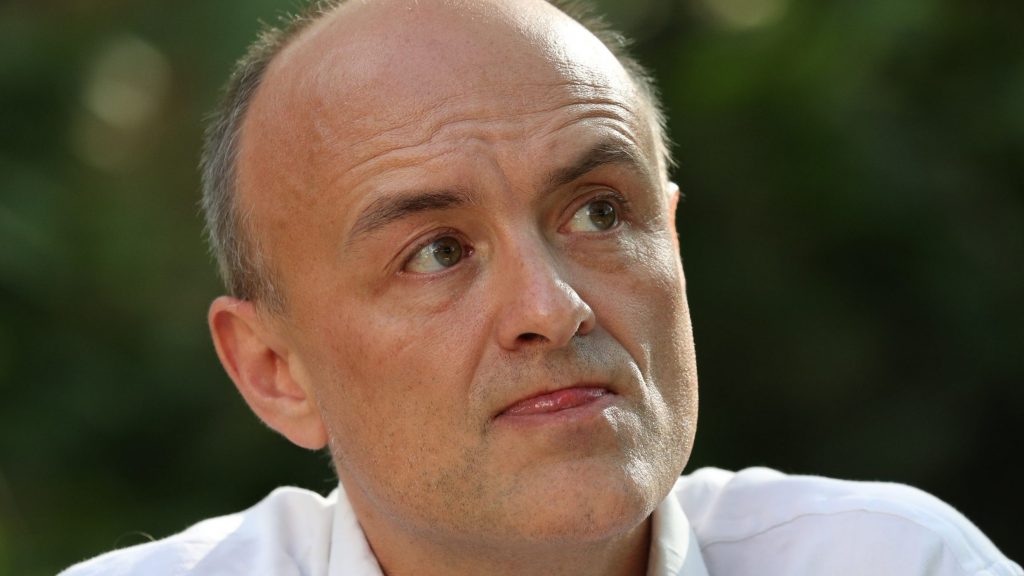 Boris Johnson compared plans for a test and trace system to “whistling in the dark” last April, according to messages released by his former adviser Dominic Cummings. Cummings also said he warned Johnson last year that Matt Hancock was “unfit for this job” in his latest attack on the rule-breaking health secretary.

It comes as Hancock faces renewed calls to resign after he admitted breaching the government’s rules on social distancing. This followed the public release of images of him kissing a close aide in his Whitehall office.

Cummings used his latest newsletter to step up his sustained criticism of the way the government he was formerly part of has operated during the coronavirus crisis. He said in the newsletter that he wanted to highlight “what an incredible mess testing was and why care homes were neglected” at the start of the pandemic.

Cummings included a note he had written for the prime minister on 26 April 2020. In it, he called for a “detailed plan” on the test and trace system and how this would involve an app. At the time, the government was under pressure to hit the target of carrying out 100,00 tests a day, which was being suggested as the amount needed for an effective system.

Cummings said he sent the note to the prime minister with a message which said:

All this should have been done weeks ago and should not need me to do it. We can’t go on like this.

He said that Johnson responded:

The whole track and trace thing feels like whistling in the dark.

Legions of imaginary clouseaus and no plan to hire them.

Apps that don’t yet work.

And above all no idea how to get new cases down to a manageable level or how long it will take.

By which time UK may have secured double distinction of being the European country w the most fatalities and the biggest economic hit (sic).

‘Killing god knows how many’

Cummings left his Downing Street post last year amid a power struggle in Number 10. He said that he had repeatedly raised concerns about the health secretary with Johnson.

On 7 May I told the PM that Hancock was ‘unfit for this job’ and him staying in place was ‘killing god knows how many’.

The PM agreed that Hancock’s failures were a catastrophe but refused to fire him.

His latest comments come as Labour said the health secretary’s position had become “hopelessly untenable”. The party called for Hancock to be sacked if he wasn’t prepared to quit voluntarily. Shadow health minister Justin Madders said:

This latest blog from Mr Cummings reveals the Prime Minister lacked confidence in Hancock’s handling of the crisis, and yet astoundingly Boris Johnson kept the Health Secretary in post.

He left care homes exposed, has admitted breaking his own Covid rules and failed to deliver Test and Trace when it was most needed. The charge sheet against Hancock continues to grow – so why hasn’t the Prime Minister had the confidence to sack him?

Hancock said he was “very sorry” for letting people down after the Sun published a CCTV image of him kissing Gina Coladangelo in his office at the Department of Health and Social Care (DHSC).

The newspaper reported that the health secretary was having an extramarital affair with Coladangelo, whom he knew from their days together at Oxford University. Hancock appointed Coladangelo to the department in 2020.

The latest criticism from Cummings came after he called his former ally Johnson a “gaffe machine”. And Cummings released text messages from the early stages of the pandemic in which the prime minister was highly critical of Hancock.

Cummings published one screenshot from WhatsApp in which Johnson described the health secretary as “totally f****** hopeless” in an exchange about coronavirus testing.

In another message about struggles to procure ventilators, Johnson responded:

It’s Hancock. He has been hopeless.

Appearing on BBC Breakfast on 21 June, Hancock acknowledged that people say “all sorts of things in private” when they’re under pressure. But he insisted that he and Johnson work “very strongly together”.

A Conservative MP is among those calling for Hancock to go:

First Tory MP to call for Hancock to quit, tells his local paper the Health Sec has fallen short of standards expected and should go, and, "I have in the strongest possible terms told the government what I think.” https://t.co/xl5leSudD4