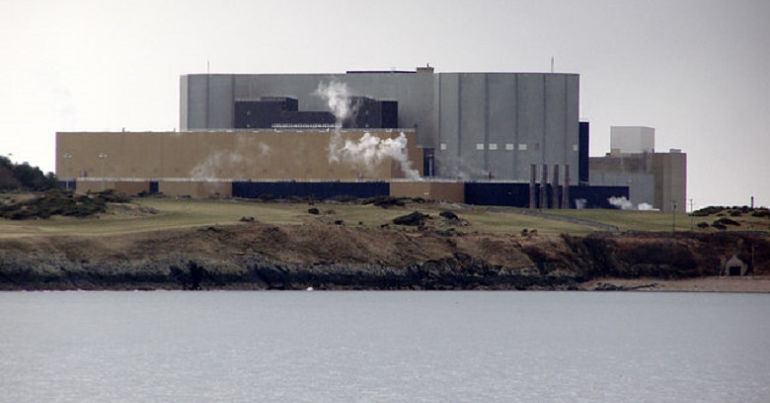 Campaigners in the north of Wales are calling on Gwynedd County Council to drop plans for nuclear energy. Instead, they want the council to:

It is time to move away from the illusions of success that new nuclear would bring but rather focus on creating local, high quality green jobs that will be sympathetic to the linguistic communities of Gwynedd and Anglesey. Councillors have a great opportunity to make real change and we urge them to do so.

And as part of that review, the council needs to consider “the latest situation of the Wylfa Newydd scheme”.

Anti-nuclear campaigners claim the planning inspectorate has put an end to the Wylfa B site. This was in part, according to campaigners, due to:

the negative impacts the site would have on sensitive environmental locations, as well as on the Welsh language and culture

The original Wylfa nuclear power station began the decommission process in 2015. Then, in 2018, Anglesea County Council agreed plans to develop the Wylfa Newydd B reactor. But in 2019, the Planning Inspectorate recommended that the secretary of state “should withhold consent” for the project.

In January this year, energy company Horizon Nuclear Power pulled out of the project. So campaigners say “it has been effectively scrapped“. But, according to campaigners who spoke to The Canary, “there is a continuous threat of small modular nuclear reactors”. So they want Gwynedd county council to:

move away from support for new nuclear and refocus towards renewable and decentralised energy projects more sympathetic to the local environment and focused rather on creating localised jobs for Gwynedd and Anglesey communities.

a recent NFLA commissioned report by Professor Stephen Thomas on small modular reactors … notes significant financial and technical obstacles to the technology. It notes the Trawsfynydd site is probably too small for such reactors and that those developing a potential site at Wylfa face major challenge that could take some years to resolve.

And campaign group PAWB believes there are credible alternatives. Because it believes that this area has the opportunity to develop sustainable energy and employment. It says this area has:

some of the best opportunities in Europe for developing sustainable energy and consequential employment.

It also claims “the physical environment” could be developed for tourism “and the increased production of `organic` foodstuffs both on land and at sea”. And that the area is ideal for “clean” industries such as informational and communication technology (ICT). And PAWB believes this has and will create thousands of jobs.

The New Nuclear Station at Wylfa is a positive driver for the transformation of the economy and communities on Anglesey, providing sustainable employment opportunities, improving the quality of life for the existing and future generations and enhancing local identity and distinctiveness.

Far from the only concern

Campaigners are also concerned about the associated housing development in the plan. The JLDP has plans to build “3,817 housing units in Anglesey and 4,084 for the Gwynedd Local Planning Authority area“. Campaigners simply don’t “believe now that this number is needed for local requirements”. And they believe such a development could fall foul of developers’ needs, as opposed to the needs of the community, and be bad for the environment. Therefore:

The problem remains that if the land that has been previously allocated in areas for housing development is not reconsidered, then it may still be available as a prey to developers even though Wylfa B has been effectively scrapped

We believe that if Gwynedd County Council retains its plans for allowing the building of houses it will have a significant impact on those communities, linguistically, culturally and socially, not to mention the large use of greenfield land, giving the landscape a further blow.

Campaigners told The Canary they hope the meeting increases the political pressure so those involved will take a step back and assess matters again. They also say they need investment in:

local businesses, social enterprise based in our communities and green projects, community tourism, local food projects. Because these have a real future in the area and a potential positive impact.

But to achieve this they say they need good quality housing that allows people live at home and maintain community and family relationships and networks. The review report should be ready by the end of January 2022.