We've had to investigate the Canary's own toxic environment - Canary 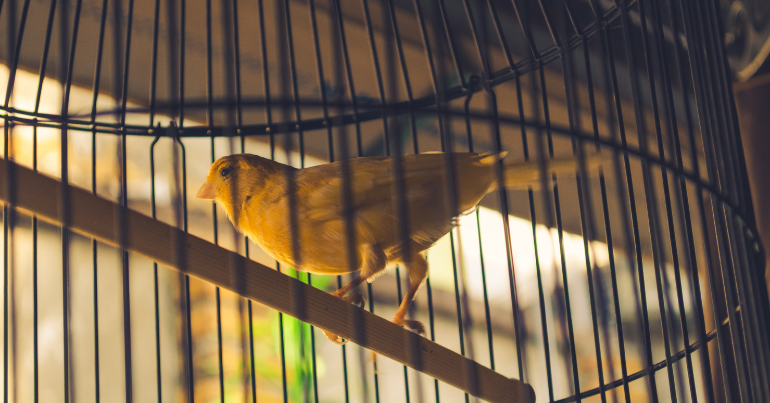 The Canary has always had a hierarchical management system. It’s a system that’s never sat right with a lot of us who come from activist backgrounds. For many of us, breaking down power structures is a fundamental part of our political work, so it always seemed at odds with our values that this was the way we worked.

In order to address this, in late 2021 a group of us started the process of transitioning to a horizontal structure. Through this, several of us started to have conversations about how we’d like to see the Canary become a workers’ co-operative.

However, we never realised, or expected, that this would lead us to become the canaries in our own coal mine. We’ve had to sound the alarm and take action against our own toxic work environment.

Following the departure of a former director earlier in the year, staff members were given access to previously restricted systems. Alongside access to information given by another at-the-time remaining director, we were able to start unravelling the gross inequalities and gross mismanagement that was rampant in the company.

Even by the standards of corporate capitalist criminals, the Canary finances and systems were a mess. Our latest set of official accounts were a veritable clusterfuck of irregularities. And who knew that managing a membership database involved doing no management at all? The three former directors created a culture of hierarchy and narcissism. The physical manifestation of this was a business that was chaotic and collapsing.

Not only was the Canary being run as a corporate capitalist entity with directors receiving far more in wages and benefits than other staff members, it was also being done incompetently, with potentially multiple breaches of companies law.

To say we are disgusted and enraged is an understatement. Everything we found out fundamentally goes against who we are politically. It goes against the aims, values, and mission that we promote. It’s a betrayal that we’re still reeling from.

It all started with the dividend payments

In itself, this is legal. It is a standard tactic employed by company directors to avoid tax. However, this meant that the directors’ gross pay was far higher than was stated internally and externally. It meant that the commitment that the Canary only had a pound difference between its different pay structures, especially when sick pay was factored in, wasn’t worth the paper it was written on. This could have been a moral rather than a legal issue.

However, these dividends weren’t legally paid. There are strict rules for dividend payments – partly set out through the Companies Act 2006, and partly through a company’s Articles of Association. The Articles are a legal document – otherwise known as a constitution – written on behalf of a company, which sets out the rules for how the business is run. There are also what are known as “model articles” if you don’t want to write your own – these are what the Canary used.

The Companies Act 2006 states that:

A director of a company must act in accordance with the company’s constitution.

The Canary‘s articles state that:

The company may by ordinary resolution declare dividends and the directors may decide to pay interim dividends.

No dividend may be declared unless it is in accordance with shareholders’ respective rights.

Since the Canary was founded in 2015, and until we held one this summer, there have been no recorded meetings of shareholders. Furthermore, no resolutions have ever been submitted to shareholders. The dividends paid to the directors were therefore never declared to the shareholders, and they are consequently classed as illegal dividends.

Somehow, it gets worse. At the time, there were several other shareholders of Canary Media Limited. This included current and former staff members. However, shareholders who weren’t directors didn’t receive any dividend payments. And, even amongst themselves, the three directors didn’t receive equal payments despite having an equal number of shares.

This is contrary to yet another part of the Canary’s articles:

In other words, legally, all of the shareholders should have been treated equally. They blatantly weren’t.

The shareholders who weren’t directors were minority shareholders, and so wouldn’t have been able to block the declaration of dividends. However, many of us would have sounded the alarm, and we would have realised how dodgy this looked.

Unfortunately, finding the unlawful dividend payments was just the tip of the iceberg. Other irregularities we found include:

This all leads to a breach of S174 of the Companies Act 2006, a director’s duty to “exercise reasonable skill, care and diligence”

We’ve spent countless hours delving through our records to identify the issues and checking our conclusions with accountants and lawyers. We quickly realised that we needed to take action to put things right – morally and legally. Those of us involved in this work also realised that it meant we’d become de-facto directors, and therefore had legal obligations to the company and the government as a result.

The first ever shareholders’ meeting was called, and all shareholders were informed of the financial and legal position of the company. A resolution was passed that directors could not be shareholders and vice versa. All shareholders agreed to gift their shares to staff members, and a resolution of intent was made for all of these shares to go to the co-op.

However, we are still left owing tens of thousands of pounds in unpaid VAT. The situation with the illegal dividends means that the payments should have been classed as wages, and this leaves us with around £14,000 in employer’s national insurance payments.

Morally, we needed to tell this story. As activists and journalists, we couldn’t start as a cooperative and begin a new chapter without telling the people who support us what we’ve discovered. We all knew what our reaction would have been if we’d found out all this about another outlet, corporate or independent, and they hadn’t come clean. It wouldn’t have been right.

The debts incurred from the actions of the three former directors mean that our future and people’s livelihoods are at stake. The pressure to save 15 people’s jobs is heavy. To say that this period of time has been torturous would be accurate. None of us needed the stress and anxiety caused by three people’s wilful mismanagement and wanton greed.

Telling this story is also about telling the story of the opportunities that are now within our grasp. The toxicity and deceptiveness of the past has given way to a new style of working. It’s a collective relationship based on mutual trust. We work to our individual strengths, and we prop each other up if we start to fall down.

That said, it would be remiss to paint a picture of progressive perfection. That’s not quite the case yet. As a collective, we still have a lot of work to do in order to undo the mess we inherited. We have a lot of healing to engage in, personally and collectively, to fix the damage three people did in the past.

However, we now have 15 people who all truly give a shit about each other and the world around us. And despite the parts of this narrative that hurt, that are about a fundamental betrayal of who we thought we were as an organisation, we are proud of our workers’ revolution and our relaunch as a co-op. Moreover, we are excited about what we can achieve now we are finally embodying the values that we write about.

And with that as a bedrock, anything is possible – not least making sure that the only investigating we need do is of corporate capitalist shits outside of the Canary.