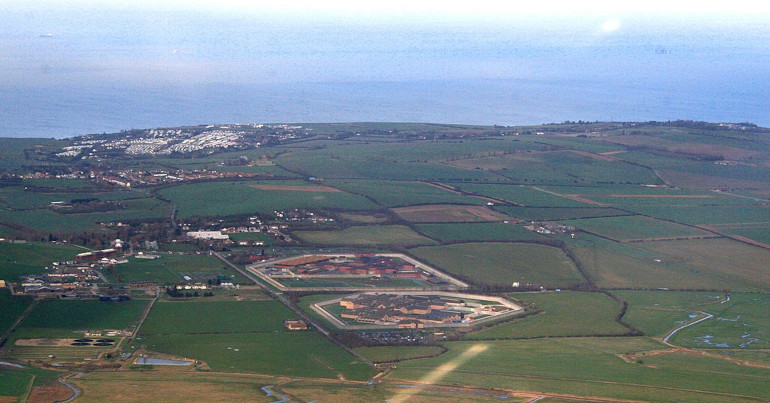 The Canary has received allegations that a Muslim prisoner was left naked all day in a ‘special accommodation’ cell in HMP Swaleside’s segregation unit.

The prisoner – who we are not naming – was allegedly denied access to food and water. He was reportedly told that he should use the drain in the floor of the cell as a toilet.

In total the prisoner was kept in ‘special accommodation’ conditions for over 2 days, from Saturday 24 until Tuesday 27 September. We were informed that during the night he was left with no mattress or blanket, and that he was told that he had to sleep on the floor. He was also allegedly restrained twice for no reason, before being moved back into an ordinary segregation cell.

The Canary contacted the Ministry of Justice whose spokesperson said that the “claims of mistreatment are categorically untrue.” They said that a prisoner had been placed in segregation after they “seriously injured a prison officer” and that a police investigation was underway.

However, this is not the first report of abuse and mistreatment in HMP Swaleside’s segregation unit. Anti-Carceral Solidarity recently published an action alert calling for an end to violence and mistreatment of Muslim prisoners held in the unit.

In 2016 prisoners rioted over conditions at Swaleside, setting several fires in one of the wings.

Special accommodation should only be used for “minutes”

The rules state that ‘special accommodation’ is supposed to be used for “minutes rather than hours or days”, and that if the prisoner’s clothing is taken away then alternative clothing should be provided. Muslim prisoners should also be able to wash so that they can pray.

Part of a pattern of degrading treatment and institutional racism

The Canary has reported several strikingly similar incidents of degrading treatment of Muslim prisoners in prisons across the UK. In July we published accusations that officers were racially harassing and abusing Kevan Thakrar in Belmarsh prison, with Kevan and his supporters accusing them of intentionally trying to trigger his Post Traumatic Stress Disorder. Kevan developed PTSD after being subjected to repeated attacks by officers in several different prisons.

Last year we reported that Muslim prisoners at HMP Long Lartin received racist treatment from prison officers. Prisoners claimed that they were targeted for wearing Islamic clothing, and carrying out calls to prayer, and that one Muslim prisoner was allegedly punished for speaking out about this discrimination.

Also in 2021, we received reports that Dwayne Fulgence – a Black and Muslim prisoner – was left bleeding on the floor of his cell in HMP Full Sutton, after an attack by prison officers. That same month Fabio Serrano was left with a gash to his head after an alleged attack by officers at the same prison.

The Ministry of Justice has point-blank denied any wrongdoing by officers on all of the above occasions.

In 2015, a ruling from the UK’s Supreme Court found that:

However, the Council Of Europe’s recommendations are ignored, and prisoners are routinely held in segregation for years.

Segregation is disproportionately used on oppressed groups. A 2017 study by UK charity the Runnymede Trust found that Black and Muslim prisoners were more likely to be subjected to segregation in prison. A 2021 Traveller Movement report found that “24% [of GRT prisoners] had spent one or more nights in the segregation unit in the last 6 months, compared to 9% of non-Travellers.”

We need to talk about prison abolition

These days we – rightly – hear increased calls for the abolition of the police. However, it’s important to remember that the racism and violence of policing is mirrored by the institutional violence, classism and racism of the prison and criminal ‘justice’ system. Our task is to build a liberatory movement that can free our communities from these unjust institutions.

In order to oppose the violence of the prison system, we must also listen to the voices of the people trapped inside it, and organise with them in solidarity.