Did the West fake an entire attack on al-Qaeda for an oil pipeline? - The Canary 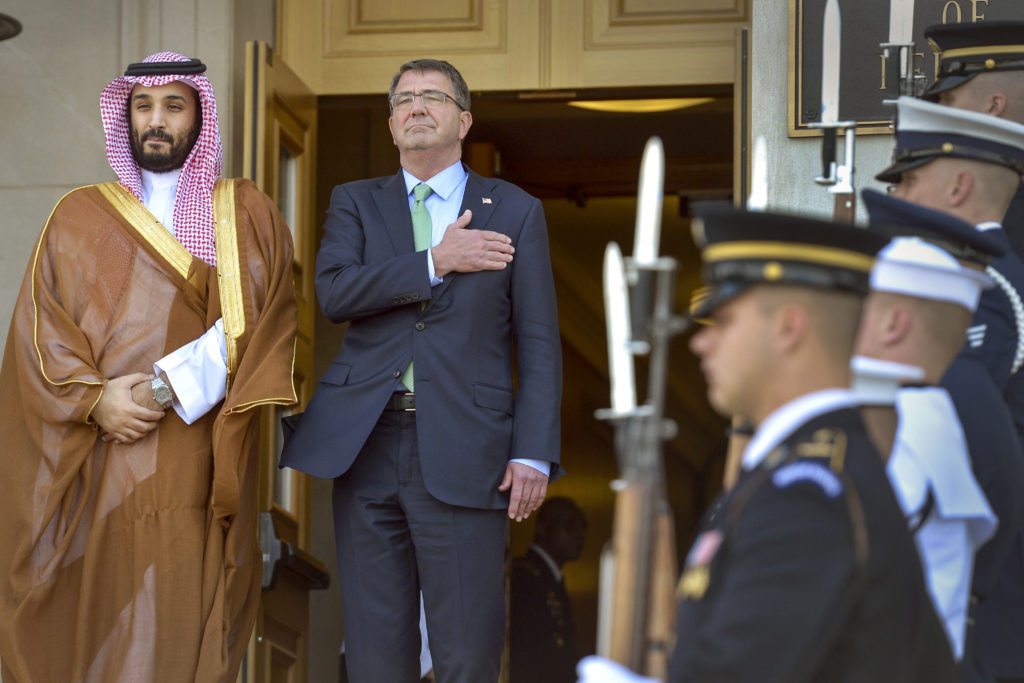 The Western-backed military coalition currently bombing Yemen to smithereens just had an unprecedented opportunity to crush an al-Qaeda mini-state. But instead, they allowed nearly a thousand Islamist militants to escape to safety. The payoff? The rapid, bloodless takeover of a lucrative oil and gas pipeline route.

Amidst the devastation produced by Saudi Arabia’s massive aerial bombardment of Yemen, al-Qaeda in the Arabian Peninsula (AQAP) had managed to cobble together a statelet along the south coast of Yemen.

This ramshackle al-Qaeda mini-state, which had begun implementing its own harsh brand of Shari’ah law, stretched for 340 miles – longer than the distance from London to Edinburgh. The centre of AQAP’s sub-protectorate was the oil governorate of Hadramawt, containing the bulk of Yemen’s oil and gas resources.

In April, a major Western-backed attack on al-Qaeda in Yemen reportedly routed the terror group from Hadramawt’s capital, the city port of Mukalla. But contrary to official claims, eyewitness sources said that the ‘offensive’ staged by Saudi and UAE-led forces was a charade.

Instead, the Western-backed coalition had held weeks of secret negotiations with AQAP before the planned military action. On the day of the ‘attack’, AQAP peacefully handed over the strategic oil port to its ‘attackers’. In return, al-Qaeda was granted a green light to evade capture – with hundreds of millions of dollars to fund future terror plots.

In an official statement after the April operation, the Saudi-led coalition said that “more than 800 al-Qaeda elements” had been killed in the military confrontation.

Mainstream media outlets parroted the coalition claim. The Wall Street Journal referred to a successful “offensive” marking a “new direction for the coalition.” And Reuters described the operation as a “lighting advance” that “routed the militants” from their stronghold.

In the official narrative, on the day Saudi-led Yemeni and UAE troops moved to the outskirts of Mukalla, local Islamic clerics and tribesmen were enrolled to mediate al-Qaeda’s withdrawal. AQAP subsequently “fled westwards” in the wake of the frightening military advance.

A statement from the Saudi embassy in Washington said:

New details about the alleged US and UK-backed assault emerged on Wednesday from an interview with the Commander of the Saudi-led Yemeni forces behind the Mukalla operation.

In the Al Jazeera interview, Major General Faraj Salmeen al-Bahsini painted a Hollywood-esque picture of a:

big number of [AQAP] fighters… destroyed first by the coalition’s warplanes and then by [our] forces on the ground. None of the al-Qaeda fighters was able to flee these camps.

Al-Bahsini said that the total number of AQAP fighters killed was “probably” much higher than the 800 originally claimed.

There were also, he said, bold coalition navy attacks on

hundreds of fighters who were fleeing the city on boats and vessels bound for the Horn of Africa.

special commandos who attacked al-Qaeda from the sea

The commandos bravely secured the Dhabah oil terminal from the AQAP barbarians, before rapidly defusing hundreds of landmines.

Independent on-the-ground sources have denied there was any such attack.

Veteran BBC journalist Iona Craig, who has reported extensively from Yemen, said that the coalition statement was “ridiculous”, as AQAP had already deserted the city before the alleged military ‘rout’:

There weren’t even 800 fighters left there. There was no fighting inside the city because al-Qaeda had already left.

She described the 800 figure as “a lie that’s not even plausible.”

Craig had been in Mukalla a month before the military operation. She said that Saudi-led forces had been secretly negotiating with AQAP for the previous two weeks “to let fighters leave”. Far from being ‘routed’, al-Qaeda “had been given free passage out of the city” by their Saudi benefactors.

There were sporadic clashes on roads leading into Mukalla, but none within the city itself. She also said that coalition airstrikes were hitting targets that had already been repeatedly bombed.

Mohammed al-Yazidi, a Mukalla-based writer, said during the operation that locals were surprised at the “prompt and bloodless exit” of AQAP from the city.

Hisham al-Omeisy, a Yemeni political analyst, similarly reported that there was “no real battle” as AQAP fighters had left the city within twelve hours. Yet, he said:

In other words, the Saudi ‘victory’ against AQAP in Mukalla was achieved without a single fire-fight in the city.

The US and UK collude in Saudi pipeline plan

While under al-Qaeda’s control, Hadramawt had remained curiously free from Saudi aerial bombardment since the beginning of the war. The province is central to a longstanding Saudi plan, supported by the US and UK, to install an oil and gas pipeline route through Yemen to the Gulf of Aden.

The idea is to bypass Iranian influence via the Strait of Hormuz. Regional oil supplies must currently pass through the Strait to reach world oil markets.

The pipeline plan is mentioned in a top secret 2008 State Department cable from the US embassy in Yemen to the Secretary of State:

A British diplomat based in Yemen told PolOff [US embassy political officer] that Saudi Arabia had an interest to build a pipeline, wholly owned, operated and protected by Saudi Arabia, through Hadramawt to a port on the Gulf of Aden, thereby bypassing the Arabian Gulf/Persian Gulf and the straits of Hormuz.

Who profits? Shell, Total, and other oil corporations

On 3 July 2002, Saleh’s government signed a memorandum of intention with Saudi Arabia to build a pipeline to transport oil and gas from southern Saudi Arabia to the Mukalla port in Hadramawt. But the plans were not finalised, and negotiations continued.

The project would be a bonanza for Western oil firms. Companies which pitched to win contracts for the pipeline included a consortium controlled by Anglo-Dutch giant Shell and France’s Total, Russia’s Lukoil, China’s Sinochem, and a partnership between Italy’s Agil and Spain’s Repsol.

But one of Saudi Arabia’s demands during negotiations was to permanently deploy the Saudi military inside Yemen to guard the proposed Hadramawt pipeline. Saudi troops would, in effect, provide security for the pipeline on behalf of international oil companies.

Saleh wasn’t having any of it. His refusal to concede to Riyadh’s demands stalled negotiations indefinitely. He is now allied with the Houthis in opposition to the Saudi-backed government of President Mansur Hadi.

According to Joke Buringa, a senior Yemen security advisor at the Dutch Ministry of Foreign Affairs, it was the US that had “pressured the Gulf States to develop alternatives” to transport oil to global markets due to “fears of an Iranian blockade of the Hormuz Strait, and the possibly disastrous results for the global economy”.

Among the alternative pipeline routes on the table, she said, was “the Hadramawt option in Yemen, a longstanding wish of Saudi Arabia”. But even before his ouster in the 2011 ‘Arab Spring’ uprisings, explained the Dutch government official, Saleh had “opposed the construction of a pipeline under Saudi control over Yemeni territory”.

Yet the preceding year, according to the US Energy Information Administration, the Saudis were gearing up to commission a feasibility study of the Hadramawt pipeline.

The chaos ushered in by the 2011 uprisings scuppered the Saudi-Western pipeline dream.

The Saudis are now seeking to install a new government in Yemen friendlier to their – and Western oil companies’ – interests.

Thanks to the April agreement reached with the Western-backed Saudi coalition, al-Qaeda in Yemen is now free to capitalise on its tremendous looting, perhaps by planning more Charlie Hebdo-style attacks.

Altogether, the terror network had seized $100m from Mukalla’s central bank, extorted $1.4m from the national oil company, and collected tax revenues of $2m each day during its rule in Hadramawt.

But there is perhaps one shred of truth in the interview with General al-Bahsini. Because AQAP had voluntarily handed over the oil port to the Saudi coalition:

So al-Qaeda graciously paved the way for the West to bomb a path through Yemen for the Saudi-Western Hadramawt pipeline plan. Thanks al-Qaeda.