You cannot unsee this Donald Trump video, and to be honest, you won't want to [VIDEO] - Canary 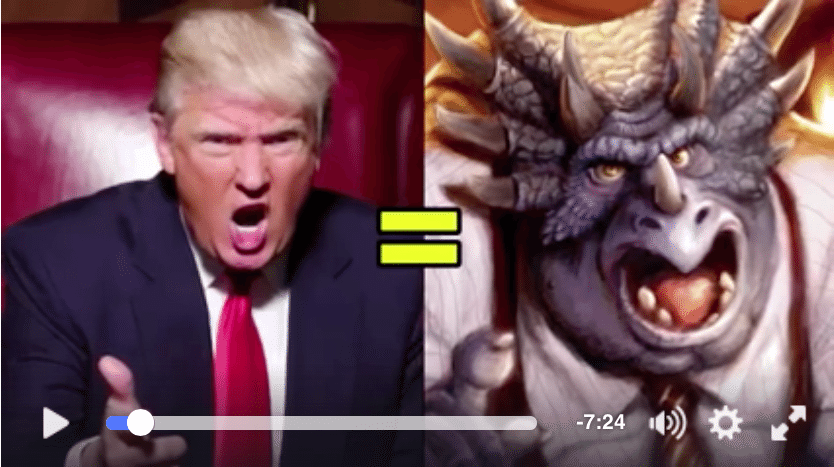 The fight to create the single greatest anti-Trump video has been fast and furious. But we think we’ve found it. Be warned, you cannot unsee this once you’ve watched it.

We knew there was something vaguely familiar about the Republican candidate for US president. A dinosaur from a distant era of the past. Anti-women; anti-LGBT; anti-human rights; bigoted; racist; a climate change denier; and with all the charm of an enraged wasp. Donald Trump is the corporate triceratops B.P. Richfield from 90s comedy Dinosaurs.

The film has already been viewed more than 7 million times, and for good reason. It’s about the best take down of trust fund tycoon and wannabe president Donald Trump you will find anywhere. Thank you, internet.