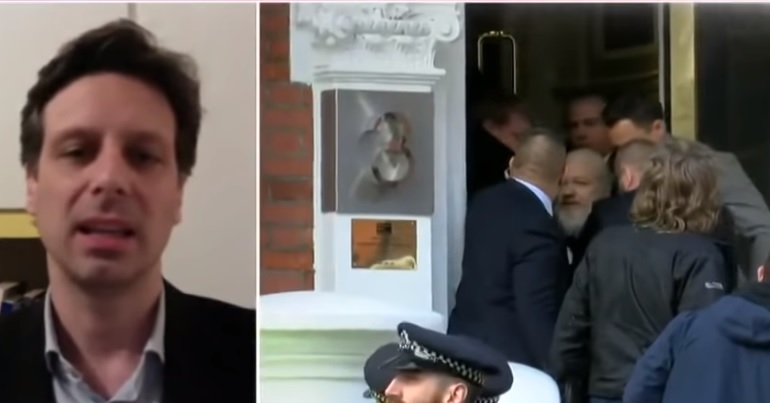 Guillaume Long is a former Ecuadorian foreign minister. And in a new interview for Counterpunch, he has explained why Ecuador’s current president Lenín Moreno will likely face “massive legal consequences” one day for turning asylee and Ecuadorian citizen Julian Assange over to UK authorities.

There are a number of violations of international and national law that Moreno engaged in by handing Assange over to the British authorities. I think that is why it took him so long. He wanted to do it earlier but he knew that by handing in Assange he would have to violate international asylum law. I was in the foreign ministry so I obviously have information that they were very worried. International law is very specific about non-refoulement – the technical term that means non-devolution.

You cannot take away somebody’s asylum once you’ve granted it. You can deny someone asylum on request. When it is requested you can say “no we will not give you asylum” and you don’t have to give any reason. You can just say no, but once you’ve granted someone asylum there is a sacrosanct institution called non-refoulement which is a French word they use in international law. It applies unless the case for political persecution is not there anymore. Clearly there was no change because the major motivation for the asylum was a US request for extradition. Whenever there has been any ambiguity the institution of non-refoulement has been strengthened.

Moreno took office in May 2017. And within weeks, he undertook a drastic shift to the right that completely contradicted his campaign platform. With the support of public and private media, he then made unconstitutional moves to ensure Ecuador’s judiciary posed no threat to him. That helps to explain his willingness to brazenly violate Ecuador’s own laws. As Long explained:

Certainly on the day [Assange] was taken by British police from the Embassy he was still Ecuadorian. The Ecuadorian constitution prohibits extradition of Ecuadorians to other countries. It is very clear. So that is a really serious illegality committed by the Ecuadorian government which I think will have massive legal consequences.

Moreno’s credibility rating has nosedived since taking office, despite staunch support from Ecuador’s national media. And if his ‘judicial reforms’ are reversed, he could easily find himself in jail or seeking political asylum himself.