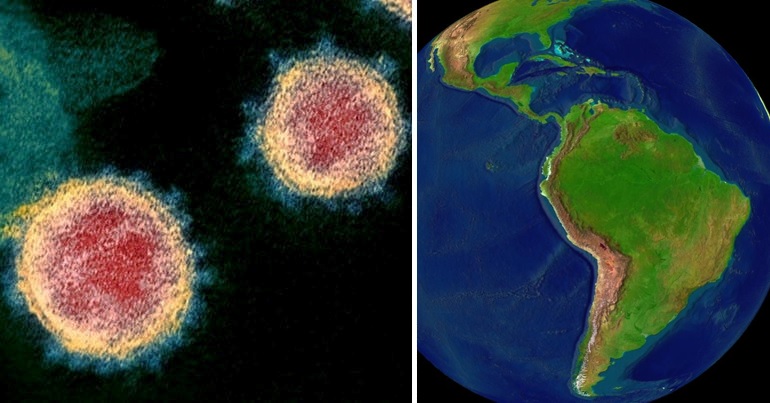 Latin America has become a new epicentre of the global coronavirus (Covid-19) pandemic, as the death toll rapidly increases in countries with US-backed neoliberal governments. In particular, Brazil, Ecuador and Peru seem to be seriously mishandling the public health crisis.

Other governments in the region, meanwhile, are showing that it’s possible to contain the disease with early intervention and the implementation of the responsible measures recommended by the World Health Organization. Cuba and Venezuela are two such examples.

The differing responses in Latin America reflect a growing global divide between countries that are pursuing neoliberal economic policies and the countries that are, to one extent or another, prioritising saving lives and public health.

Many wealthy Western nations – from the UK to the US – are still struggling to contain the disease despite having advanced healthcare systems and huge resources to deal with the crisis. But the situation facing Latin American countries – with far less advanced infrastructure and far greater levels of poverty – is vastly more perilous.

Countries in the Asia and Pacific region, from South Korea and New Zealand to China and Vietnam, have shown that it’s possible to defeat the coronavirus and save lives if the strategy is to work towards totally eradicating the disease. Rather than accept that humanity should try to live alongside this deadly virus or allow millions to die on the spurious gamble of acquiring ‘herd immunity‘ (see UK and US), countries in the East have sought to crush the coronavirus into the ground. They have largely succeeded in doing so. And that’s precisely what the whole world must do to save lives.

This week, Brazil became the world’s second most infected country in absolute terms with over 390,000 confirmed cases of coronavirus and more than 24,000 deaths so far. The rapid spread in Brazil is part of a horrific trend in Latin America in which right-wing regimes closely aligned with the US are overseeing sinister rises in coronavirus deaths.

Cumulatively, as of 27 May, Ecuador tops the list in Latin America with around 181 deaths per million people. According to the official data, Ecuador has had just over 3,000 deaths so far. But experts estimate that the true number of fatalities is much higher.

So far, numerous countries with left-leaning governments in Latin America seem to have contained the spread of coronavirus better. For example, Cuba has 7.2 deaths per million, Nicaragua 5.2, and Venezuela 0.39.

Mexico’s figure, with the second largest population after Brazil and a centre-left government, stands in the middle at 63.

The daily death rate, meanwhile, rose significantly in Brazil, Ecuador and Peru between late April and late May. In Cuba, Venezuela, and Nicaragua, this didn’t happen. And again, Mexico finds itself in the middle of these two blocs.

Since becoming Ecuador’s president in 2017, Lenín Moreno has pushed the country to the right with a close re-alignment towards the US and neoliberal attacks which have included big cuts to healthcare, which have severely undermined the country’s capacity to respond to the raging pandemic. Instead of mobilising all of society to fight back, Moreno’s priority has apparently been to launch a massive renewed austerity offensive. It has recently been announced, for example, that several state-owned companies are to be scrapped and that there will be a 25% cut in the salary of many public workers.

Meanwhile, Brazil’s far-right president Jair Bolsonaro is continuing his relentless campaign to ‘reopen the economy’ and end the partial lockdowns and containment measures that are being implemented at a regional level by governors and mayors throughout the country. But there’s mounting resistance. On 21 May, seven political parties, including Brazil’s biggest left-leaning party – the Workers’ Party (PT), joined 400 civil society organisations in submitting a request to Congress to impeach Bolsonaro. Public opinion is also shifting, with a recent survey finding that 43% of Brazilians regard Bolsonaro’s government as “bad” or “awful” whilst his personal disapproval rating has increased from 47% in January to 55% in May.

Despite growing US aggression and economic warfare, Venezuela and Cuba have mobilised people to fight the coronavirus, implementing strong preventative measures to save lives.

In early March, when Venezuela had only 33 confirmed cases, the government suspended most international air travel and announced a national “collective quarantine” which was supported by many measures to guarantee Venezuelans’ living standards.

Cuba also took the route of early, preventative measures. When the first cases emerged in mid-March, Cuba already had a thorough plan developed in January. Arrangements were made to trace and isolate every case; and there was a big public information campaign and door-to-door surveys to identify vulnerable people. It is now mandatory to wear masks in public in Cuba, and preventative measures such as the suspension of public transport and the closure of borders, schools and shopping centres will continue through June.

The challenge of suppressing, containing and eradicating major outbreaks of the coronavirus will be much more difficult for countries in the Global South.

Wealthy countries must provide international aid, genuine assistance and solidarity to poorer countries struggling to defeat the virus. In Latin America, this will have to begin with the US dropping sanctions and coercive measures against Venezuela, Cuba and Nicaragua. It also means dropping poorer countries’ debts; these places should not be directing precious resources to repay loans when these funds are vital for the fight against the coronavirus.

Cuba is one example of the kind of internationalism we need to defeat the coronavirus worldwide. It has deployed more than 2,000 medics to 23 countries across the world to combat the pandemic. And while Trump announced the US will be withdrawing funding to the World Health Organization, China has pledged to provide $2bn over two years to help countries respond to the coronavirus pandemic.

As the coronavirus spreads in a number of countries in Latin America, countries in the Global South need solidarity and material assistance, not sanctions and debt.