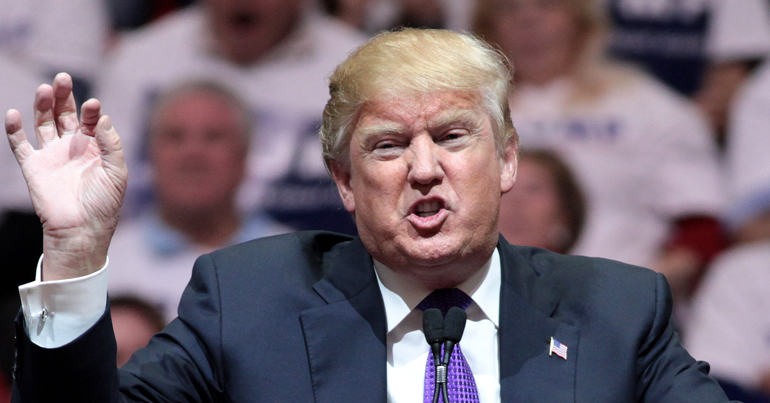 The Trump administration has struck a blow against attempts to combat climate change by ending a greenhouse gas monitoring initiative. Science magazine revealed that the NASA Climate Monitoring System (CMS) was cut with little fanfare after it was not included in the congressional spending bill back in March.

A sustained assault against the environment

The defunding of the CMS is just the latest move by Trump to undermine efforts by the international scientific community. It will hamper their ability to track and understand the consequences of human-caused emissions of carbon dioxide. In June 2017, Trump announced that the United States would pull out of the Paris climate agreement. Furthermore, the current administration has also proposed cuts to clean energy research, rolled back car emission standards, and stifled environmental funding.

The CMS is a multi-system, multi-institute, and multi-platform research fund. It’s designed to understand the distribution of carbon, gathering data from satellites and surface monitoring stations. Scientists use this data to develop models and estimate carbon emissions. The data is also used to interpret the role of oceans and terrestrial plants in taking up carbon. This information is vital for understanding changes in carbon emissions around the globe.

A tragedy in more ways than one

The CMS was also a mechanism for monitoring the carbon output of countries included in the Paris agreement. Shutting the system down negatively impacts climate change research. It also makes it difficult to ensure that countries are adhering to the targets set out by the agreement.

Rachel Licker, a senior climate scientist at the Union of Concerned Scientists stated:

In the long-term, dismantling the Carbon Monitoring System will adversely affect our ability to track flows of carbon through our land, oceans, and atmosphere. Being able to better track carbon is critical to evaluating efforts and policies aimed at limiting global warming and its impacts.

However, the damage that will result from shuttering this programme will affect more than just the environment. The CMS was a critical funding source for many researchers and scientists who ultimately want their research to benefit humanity. Since its introduction in 2010, the program has funded 65 projects. Researchers are already feeling the squeeze of increasingly limited sources of funding. The Trump administration has made a hard situation even worse for scientists looking to support the important work they do.

Reasons to be hopeful

Ending the CMS is a blow to efforts to tackle climate change, but it’s by no means a death knell. NASA representatives have confirmed that it will still continue to monitor carbon emissions. NASA spokesman Steve Cole said:

The winding down of this specific research programme does not curb NASA’s ability or commitment to monitoring carbon and its effects on our changing planet.

In fact, Gedi, a new ecosystem carbon-monitoring instrument, is set to launch to the International Space Station this summer.

Additionally, while Trump’s move affects data gathering in the United States, Europe looks set to pick up the slack. The EU already has one carbon-monitoring satellite in orbit and has plans to launch more. But there are limited bilateral funding agreements between the US and Europe to support the researchers in the United States who will suffer from this decision.