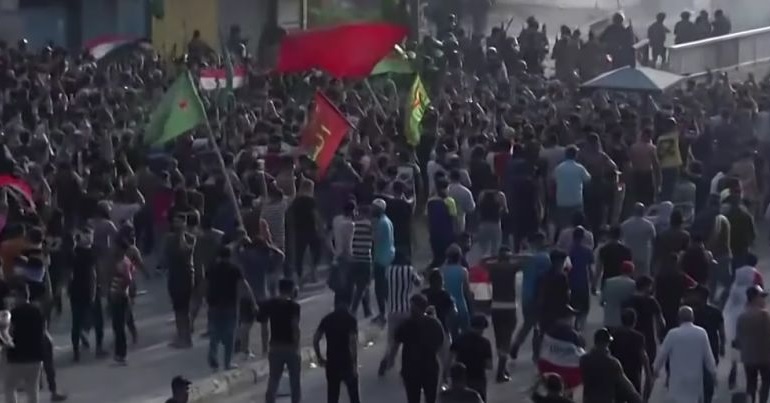 Iraq’s top Shiite cleric has sharply criticised the government over deadly violence gripping the country, urging political leaders and protesters to pull back “before it is too late”.

The comments by Grand Ayatollah Ali al-Sistani came as the death toll in this week’s anti-government demonstrations climbed to 42.

His sermon came hours after Iraq’s prime minister called on protesters to go home, comparing security measures to “bitter medicine” that needs to be swallowed.

Since 1 October, security forces have fired live rounds and tear gas every day to disperse protesters across multiple provinces demanding job opportunities, improved services and an end to corruption.

Authorities have cut internet access in much of Iraq since late on 2 October, in a desperate move to curb the rallies.

The cleric blamed the leaders of the two biggest parliament blocs in particular, saying they had failed to make good on their promises.

“The government and the political sides have not fulfilled the demands of the people to fight corruption,” he said in his Friday sermon, delivered by his representative Ahmed al-Safi in the Shiite holy city of Karbala.

He called on political leaders to take “practical and clear steps” towards combating corruption and on the government to “carry out its duty” to diminish people’s suffering.

Earlier in the day, PM Adel Abdul-Mahdi urged anti-government protesters to disband, saying their “legitimate demands” have been heard.

But dozens of protesters defied his message, gathering shortly before noon near Baghdad’s central Tahrir Square. Many had camped out on the streets overnight.

Security forces responded by firing live bullets to disperse the crowd near Tahrir.

Hospital officials said the deaths occurred late on 3 October. Nasiriyah has witnessed the most violence in the protests, with at least 25 people killed, including a policeman.

Abdul-Mahdi spoke in a televised address to the nation, saying: “We will not make empty promises … or promise what we cannot achieve.”

He said there is “no magic solution” to Iraq’s problems but pledged to work on laws granting poor families a basic income, provide alternative housing to violators and fight corruption.

“The security measures we are taking, including temporary curfew, are difficult choices. But like bitter medicine, they are inevitable,” he said.

“We have to return life to normal in all provinces and respect the law.”