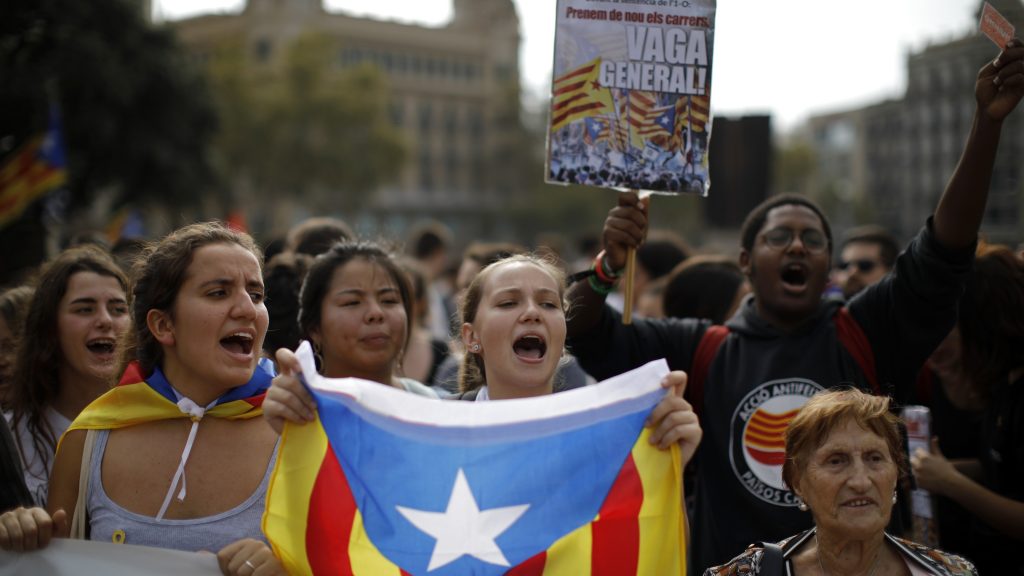 A dozen Catalan politicians and activists have been convicted on charges of sedition, misuse of public funds and disobedience for their role in a failed secession attempt for the northeastern region of Spain in 2017. The trial is considered the most important for the country since democracy was restored following the death of fascist dictator General Francisco Franco in 1975.

Ex-Catalan president Carles Puigdemont, meanwhile, had left Spain along with others in October 2017 and successfully fought extradition from Germany and Belgium. But now, a Spanish Supreme Court judge has issued an international arrest warrant for him following the sentencing of his pro-independence colleagues. Judge Pablo Llarena issued the request on charges of sedition and misuse of public funds.

There are more separatist leaders wanted by Spanish law in Belgium, Switzerland, and Britain.

In addition to Junqueras, eight more figures – including former members of the Catalan cabinet, the ex-speaker of the Catalan parliament, and two leaders of separatist grassroots groups – received sentences ranging from nine to 12 years. Three more were fined but will not go to prison.

The verdict’s political and social repercussions promise to be profound and long-lasting.

Thanks for your words. The sentence is a revenge, there is no crime. Voting is not a crime. We have always defended and will defend our cause for independence in a civic and peaceful way. https://t.co/v5YVWxmJpf

In October 2017, the separatist leaders of northeastern Catalonia tried to break the region away from the rest of Spain and create a new European state by declaring independence. The attempt failed when it received no international recognition and Spain’s government intervened and fired the regional government. The separatist leaders convicted on Monday were arrested while other associates fled the country.

The trial of the dozen leaders who remained in Spain featured more than 500 witnesses and 50 nationally televised hearings. At the heart of the case was the 1 October 2017 referendum that the Catalan government pushed to hold even after it was ordered not to by Spain’s highest court.

Thousands of additional police sent to the region clashed with voters in a day that separatists have vowed never to forget.

Most Catalans who did not want to sever centuries-old ties with the rest of Spain stayed home, and the “Yes” vote won. The Catalan parliament then declared independence on 27 October, setting off the worst political crisis in Spain in decades.

The defence argued that the leaders of the secessionist movement were carrying out the will of roughly half of the 7.5 million residents of Catalonia who want to go their own way.

The jailed leaders have become a powerful symbol for separatists, who saw their pre-trial jailing for nearly two years as unfair. Many sympathisers wear yellow ribbons pinned to their clothes as a sign of protest.

Catalan separatists for several years have held largely peaceful rallies that can reach several hundreds of thousands of people. Some activists have also disrupted traffic and trains, and police have clashed with them on numerous occasions.

Hard-line independence supporters like current Catalan regional president Quim Torra have said that the social uproar over the verdict could create a second opportunity to attempt a break with Spain. Other separatists support calling an early regional election in Catalonia to channel expected separatist anger into more votes for their parties.

But with its most charismatic leaders behind bars or fugitives abroad, the independence movement is going through its most difficult stage since it revved up at the start of the decade.

The verdict also comes during the build-up to a second Spanish national election this year. On 10 November, the Catalan question will be one of the top issues. And given the fragmentation of the national parliament, the Catalan separatist parties could very easily hold the key to forming a new government for Spain.

The verdict cannot be appealed against. The defence, however, can bring a violation of basic rights complaint to Spain’s Constitutional Court, and from there the case could be taken to the European Court of Human Rights. Spain’s government can also issue pardons. A pardon, however, needs to be requested formally after a conviction and by showing repentance. Some of the convicted leaders have already said they will not ask for one. Any Spanish prime minister who granted one, meanwhile, would be applauded by many Catalans but slammed by political rivals across Spain.