Over 800,000 strikers in France show that 'business as usual' is not an option - Canary Workers’ Co-op 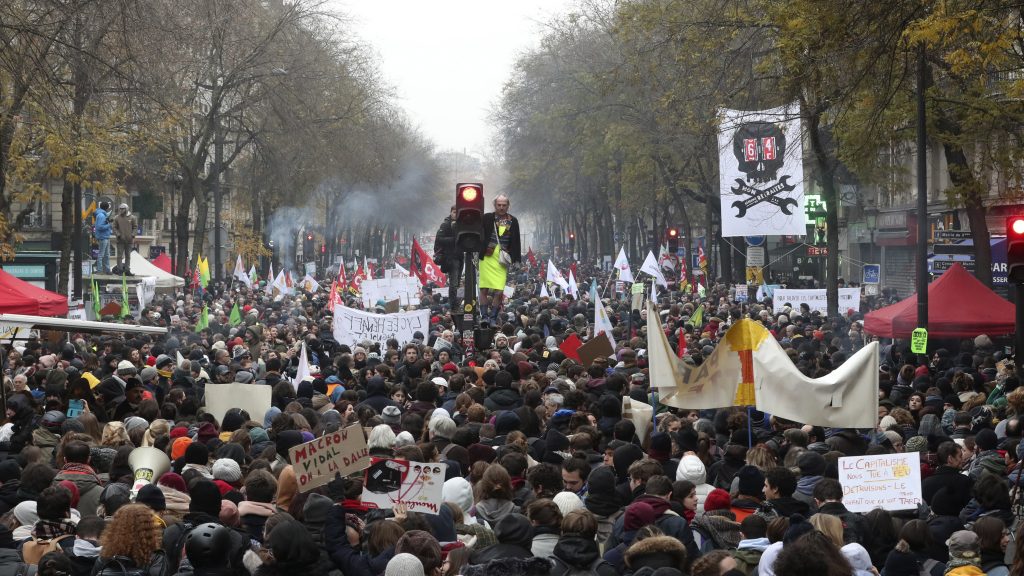 The Eiffel Tower shut down, France’s vaunted high-speed trains stood still and “at least 800,000 people” protested across France as unions launched nationwide strikes on 5 December over the government’s plan to change the retirement system.

US economist Richard D Wolff responded to the strike by saying people in France are uniting to oppose a worsening in their retirement conditions. And he said:

Paris authorities barricaded the presidential palace and deployed 6,000 police as people gathered in the capital in a mass outpouring of anger at President Emmanuel Macron and his policies.

Authorities banned protests in the more sensitive neighbourhoods around the Champs-Elysees avenue, presidential palace, parliament and Notre Dame Cathedral. Police also carried out security checks of more than 6,000 people arriving for the protest and detained 65 even before it started.

The mood was impassioned in the crowd massed on Boulevard Magenta in eastern Paris. Health workers, for example, showed up to decry conditions in hospitals. Environmentalists, meanwhile, emphasised that climate justice and social justice are one and the same. And young and old people roundly condemned the new retirement plan, which they fear would take money out of their pockets and reduce the period of repose the French people expect in the last decades of their lives.

Police fired tear gas at a protest in the western French city of Nantes, and thousands of red-vested union activists marched through cities from Marseille on the Mediterranean to Lille in the north.

Public-sector workers fear Macron’s changes will force them to work longer and shrink their pensions. Some private-sector workers share their worries.

Joseph Kakou, who works an overnight security shift in western Paris, walked an hour to get home to the eastern side of town on Thursday morning.

The strike continued on 6 December, and action is expected to continue.