Britain's elites should fear Corbyn's Brexit stance. Because it could deliver him the election. - Canary 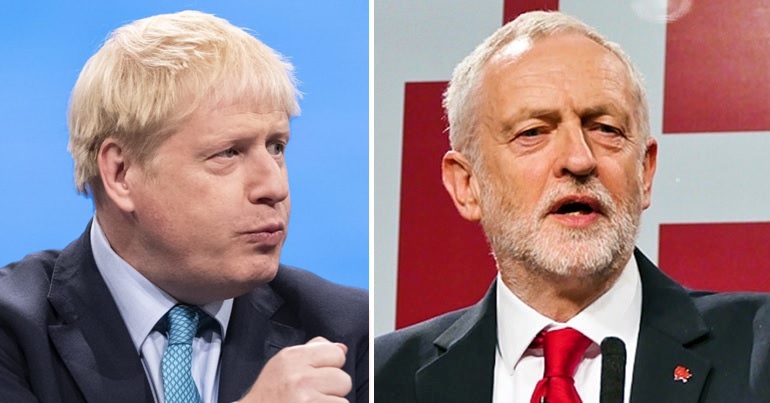 In a Britain severely divided by Brexit, Labour leader Jeremy Corbyn has made it perfectly clear why he’s “proud” of his unifying stance.

On 6 December, as Corbyn revealed a damning government document showing how Boris Johnson has misled voters, he tweeted:

If some accuse me of talking to both sides in the Brexit debate then so be it. I’m proud of it.

Why would I only want to talk to half the country? I don’t want to live in half a country.

A prime minister must talk and listen to everyone – and bring our divided country together.

A simple and vital stance

Corbyn made Labour’s Brexit stance as clear as possible in early November, saying:

Put it to the people for the final say, with the option to remain, in six months.

Later in the month, he received widespread praise after confirming that he would personally remain neutral during the confirmatory Brexit referendum:

It is the Prime Minister's job to bring our country together, not to capitalise on its divisions and push its people further apart.#CorbynNeutral https://t.co/wcuWroteCP

Indeed, when LBC asked what people thought of Corbyn’s stance, the response seemed to be overwhelmingly positive:

I want those who lead to treat me like an adult, give me accurate information upon which I can make an informed decision. I do not need them to tell me how to vote. #Icandecide4myself

Yes. negotiating a deal as an “honest broker” ie= neutral is the best and most diplomatic approach…..

I've wanted this stance on Brexit for some time

Govt acting as an honest broker, facilitating a debate on an actual deal with full publication of benefits, risks and costs.

It's how it should have been done in the first place

Dam right-this issues has split this nation and stopped the Gvmt from addressing many pressing issues, the only way to resolve the log jam is to let the electorate decide with a set of options which will not bankrupt the nation. It is sensible and mature and entirely peacemaking!

The alternative to a confirmatory referendum, Labour says, would be “Thatcherism on steroids” under Johnson’s Conservatives – favouring privatisation, deregulation, and an attack on workers’ rights. So it would be like the last decade of economic and social disaster under the Tories, but potentially much worse. And it seems that some Brexit voters are fully aware of this:

Brexit voter has something to say to Boris Johnson.#Brexit #GE2019 pic.twitter.com/lv7r7fDB9H

We'll negotiate a credible deal and give you the final say. pic.twitter.com/aoIxOW8pPO

Around half of the population don’t feel strongly about either Leave or Remain. So Corbyn’s unifying stance is bold. He has instead been trying to focus voters’ minds on his bold and exciting policies on the issues that most people really care about. His party’s manifesto is all about taking power back from the ultra-rich and giving it to everyone else; the document has the backing of countless economists.

Almost half (48%) of the Leave voters who backed Labour in 2017, however, seem to disagree with Corbyn’s neutrality; and around a quarter (24%) of these are apparently unsure of whom they’re going to vote for on 12 December. But these people will need to decide what is most important to them:

It’s so vital to stress that the alternative to Labour is not ‘a clean Brexit’. Because the alternative is a Tory party backed by and campaigning for Britain’s billionaires, who use their media domination to get us to vote against our own interests. This is the elitist alliance that consistently screws voters over, and this is the putrid network that voters have a real chance to shut down on 12 December. But for that to happen, people on both sides of the Brexit debate will need to unite. And that’s why Corbyn’s unifying stance on Brexit is the one Britain sorely needs right now.