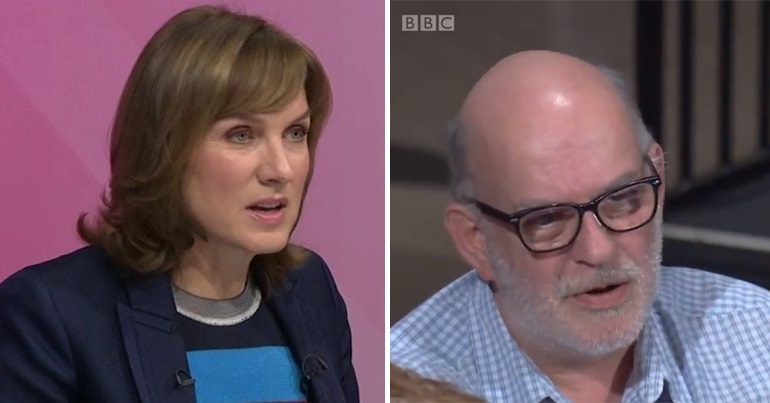 On 13 September, one audience member on BBC Question Time said what half of the country is probably thinking about Brexit.

Talking about politicians focusing so much time on Brexit, he said:

I’m just sick and tired. You’ve had three years three months, done nothing apart from argue among yourselves like little kids. You’ve no respect for each other and no respect for the British people. Just go away.

‘The whole thing is a nightmare’

This audience member says he is sick and tired of Brexit. #bbcqt pic.twitter.com/878wR32etH

And statistics suggest he may not be the only one “sick and tired” of Brexit bickering. In fact, much of the country may feel that way.

Over 50% don’t feel strongly about Leave or Remain

Brexit isn’t a traditional division about whether people have economically left-wing or right-wing views. It’s more about divisions between social liberals and social conservatives. Surridge explained:

As we move along the scale from strong remain to strong leave, there are only (very) small differences in terms of economic values… but there is a steep and steady gradient from more liberal to more conservative.

Other issues matter too!

Surridge pointed out that:

The five main issues concerning voters aside from Brexit are healthcare, the cost of living, crime, the environment and immigration.

She also argued that in a ‘Brexit election’:

it could be those who care more about other issues who decide the outcome.

Almost half of the country does feel strongly about Brexit, yes. But it’s also important for all voters to remember that, for nine years, Conservative-led governments have imposed devastating and unnecessary austerity policies, which centrists like the Liberal Democrats have enabled. Just one of these policies – cutting public health spending – has led to over 130,000 premature deaths in the UK. We also have a skyrocketing foodbank crisis. And a 2018 UN investigation found that “14 million people, a fifth of the population” now “live in poverty”. As report author Philip Alston said:

He also stressed that we can end poverty, but that the current government has chosen not to.

People obsessed with Brexit need to remember that. Because the British people deserve so much better. And it looks like around half of the country is fully aware of that.