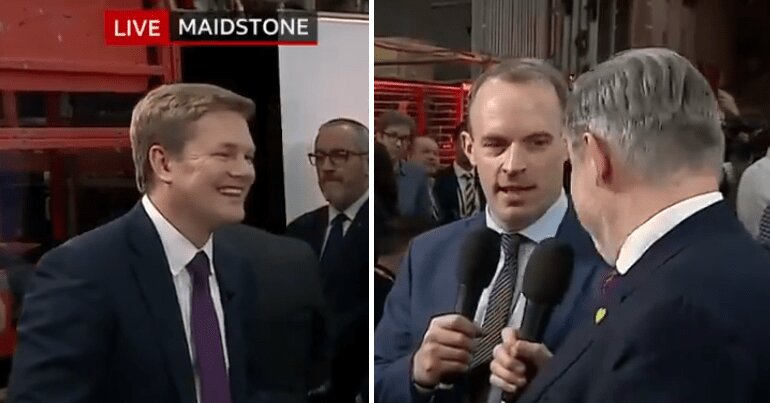 “One percent of the nation prime minister”

Raab was attempting to push Boris Johnson’s mantra “get Brexit done”. Until Gardiner delivered quite the takedown:

Barry Gardiner is the mailman. He always delivers.#BBCLeadersDebate #bbcdebate pic.twitter.com/X96DNzHJ8O

“How do you justify that?”

Raab was trying to promote Boris Johnson as the “prime minister” with the “passion and the plan to get Brexit done”. But then Gardiner stepped in and said:

Why are you sweating then, and why am I not?

And later, Gardiner followed through on his “one per cent of the nation” line:

Indeed, the UK’s richest 1,000 families have increased their wealth by over £500bn since the 2008 financial crash, while the majority of us have faced brutal austerity cuts. Gardiner delivered a no-nonsense takedown of obscene inequality, from which there was no way for Raab to crawl back. If there are more takedowns like this, Labour could well win the 12 December election.