The Doomsday Clock is closer to midnight than ever before, amid worsening global factors - Canary 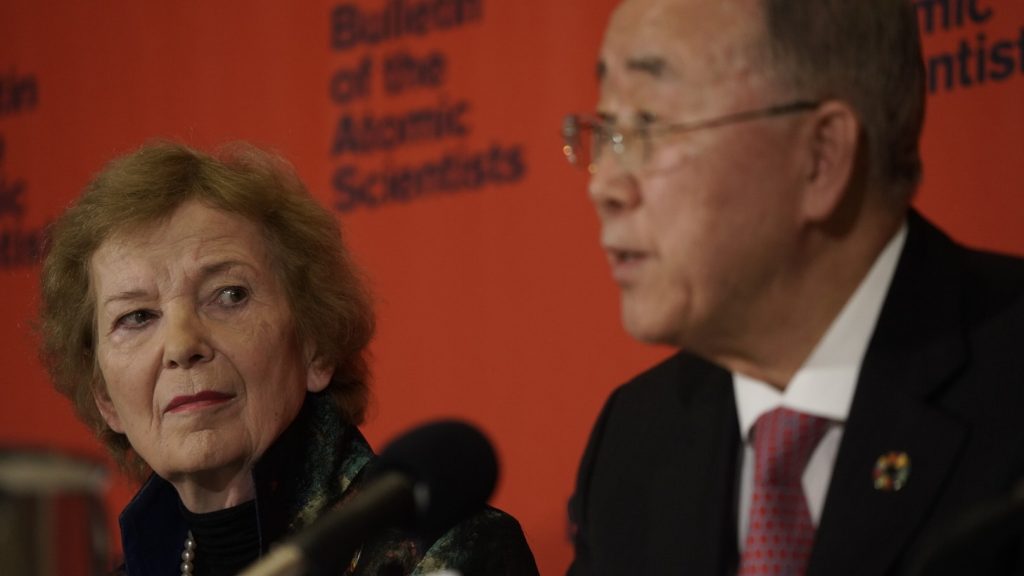 The Doomsday Clock, an indicator of how close the world is to total destruction, is now just 100 seconds off midnight. This is closer than it has ever been before.

The Bulletin of the Atomic Scientists (BAS) highlights three worsening factors in its Doomsday Clock statement. These are:

The BAS says that national leaders have “ended or undermined” several major arms control treaties and negotiations in the last year.

They argue this has created an environment conducive to a renewed nuclear arms race, the proliferation of nuclear weapons, and lowered barriers to nuclear war.

According to the statement: “Political conflicts regarding nuclear programmes in Iran and North Korea remain unresolved and are, if anything, worsening.

“US-Russia co-operation on arms control and disarmament is all but non-existent.”

The scientists also set out that, while public awareness of the climate crisis grew over the course of 2019, governmental action fell short of meeting the challenge.

“This limited political response came during a year when the effects of man-made climate change were manifested by one of the warmest years on record, extensive wildfires, and quicker-than-expected melting of glacial ice.”

The misinformation available to the public, meanwhile, has also heightened the nuclear and climate threats, according to the BAS.

The statement adds that many governments used cyber-enabled disinformation campaigns to sow distrust in institutions and among nations, undermining domestic and international efforts to foster peace and protect the planet.

How to turn back the hands of the clock

– US and Russian leaders can return to the negotiating table to reinstate the INF Treaty, or take other action to restrain an unnecessary arms race in medium-range missiles. They can seek further reductions in nuclear arms, and discuss a lowering of the alert status of the nuclear arsenals of both countries. Other suggestions include the two nations limiting nuclear modernisation programmes that threaten to create a new nuclear arms race, and starting talks on cyber warfare, missile defences and the militarisation of space.

– The countries of the world should publicly rededicate themselves to the temperature goal of the Paris climate agreement.

– Signatories of the Iran nuclear deal should work together to restrain nuclear proliferation in the Middle East.

– The international community should begin multilateral discussions aimed at establishing norms of behaviour, both domestic and international, that discourage and penalise the misuse of science.

The statement says science provides the world’s searchlight in times of fog and confusion. It adds that attention is needed to prevent information technology from undermining public trust in political institutions, in the media, and in the existence of objective reality itself.