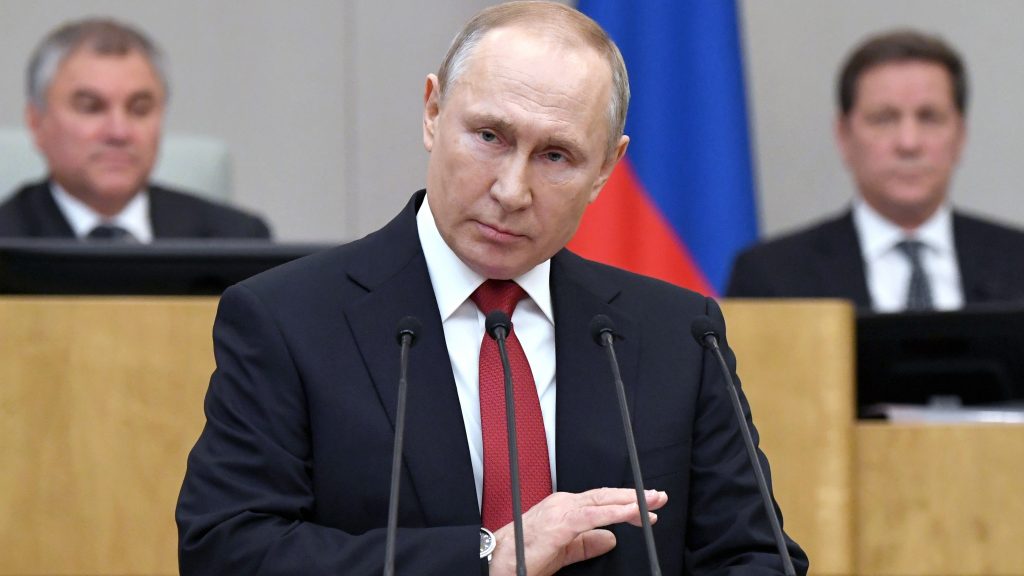 The Russian parliament has approved a sweeping constitutional reform that will allow president Vladimir Putin to stay in power for another 12 years after his current term ends in 2024.

The Kremlin-controlled lower house, the State Duma, endorsed a set of amendments to the constitution and a provision resetting the term count for Putin. A nationwide vote on the proposed amendments is set for 22 April.

Kremlin critics condemned the move as a cynical manipulation and called for protests.

Putin, a 67-year-old former KGB officer, has ruled Russia for more than 20 years. After serving for two consecutive four-year terms – a limit outlined in the current version of the constitution – Putin shifted to prime minister in 2008, with his close ally Dmitry Medvedev becoming a placeholder president.

The length of the presidency was extended to six years under Medvedev, and in 2012 Putin returned to the Kremlin as president. In 2018, he was re-elected for another six years.

The constitutional reform passed by the Duma would allow Putin to run for the presidency two more times after 2024. Ahead of the national vote, it will be reviewed by Russia’s Constitutional Court.

The changes redistribute the executive powers of the Russian government in Moscow and further strengthen the power of the presidency, while also banning same-sex marriage and listing “a belief in God” as one of Russia’s traditional values.

The proposal to restart the term clock for the current president was put forward by former Soviet cosmonaut Valentina Tereshkova, now a Duma deputy, during the second reading of the amendments. Following Tereshkova’s speech, Putin quickly arrived at parliament to address MPs and supported the idea.