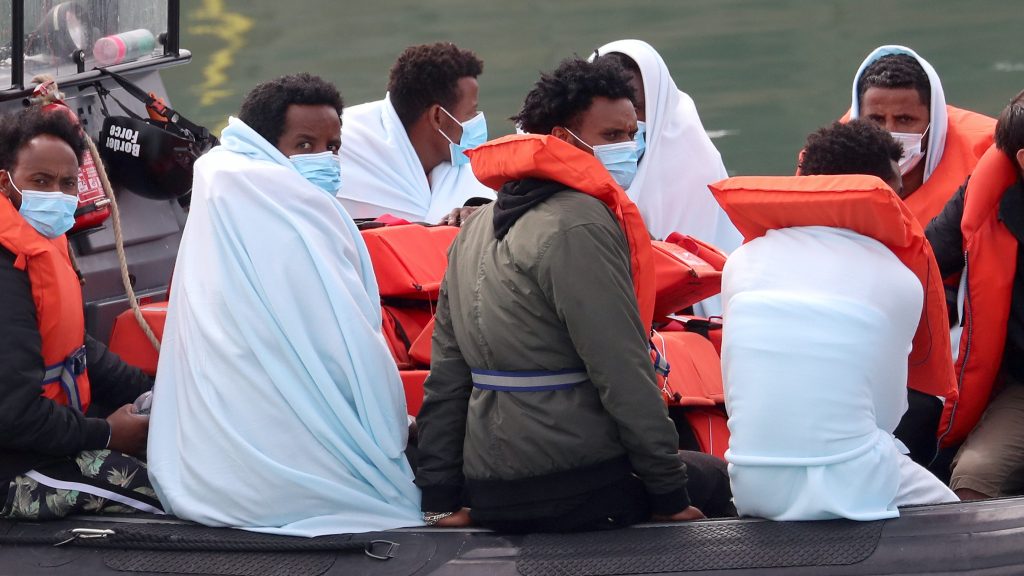 For children fleeing persecution and forced military service, the cold and dangerous trip across the Channel is just one part of their long and frightening journey.

Some seek safety from violence perpetrated by Daesh (ISIS/Isil) in “lawless” Iraq while others have been sent away by their families to stop them being forced into a life as a child soldier, a charity says.

Many of the young people who arrive in Dover in dinghies have travelled across Europe with no parents, guardians or relations with them.

Until recently they have been taken into the care of Kent County Council but yesterday it announced it had reached capacity.

Hundreds of children cared for in Kent are supported by the Kent Refugee Action Network (KRAN), which provides help and support to asylum seekers and refugees.

Bridget Chapman, a caseworker for KRAN, told the PA news agency: “We don’t tend to ask too many direct questions about where people have come from and why they’ve come because obviously the reasons can be traumatic.

“So any information we’ve got is information that people have chosen to share with us and it’s not comprehensive.”

Many of the young people arriving in Kent on dinghies are Kurdish and have come from Iraq and Iran, she says.

“The ones coming from Iraq say it’s just lawless there, and that Isis are roaming the country effectively, torturing and killing people.”

She said that talk of an “invading force” of “fighting age” people arriving in Dover is “ironic” because so many are fleeing their country rather than face a lifetime of forced military service.

“A story I’ve heard a number of times is that the Taliban turned up at a home, told the family that they were going to be coming to get the son in the family and the family did everything they could to get that young person away from that situation.

“The young people are mostly coming precisely because they want to be somewhere peaceful and to build their lives.”

Chapman says she often hears of young people being put in the hands of a people smuggler by their parents and becoming reliant on that group of people for their existence.

She said: “They were passed from one group to another group, told to get into this lorry, onto that bus, into that car and sooner or later they find themselves in the UK but they didn’t really have any choice about that. The whole journey sounds incredibly traumatic.

“The people smugglers need to keep people under control so you hear about food being withheld, water being withheld, people being assaulted, it’s a pretty grim journey.”

On arrival at the French coast there are stories of people being handed a dinghy in a box and being told to pump it up.

“And people say that… even on really hot days, the water is cold and you get wet, you get really wet.