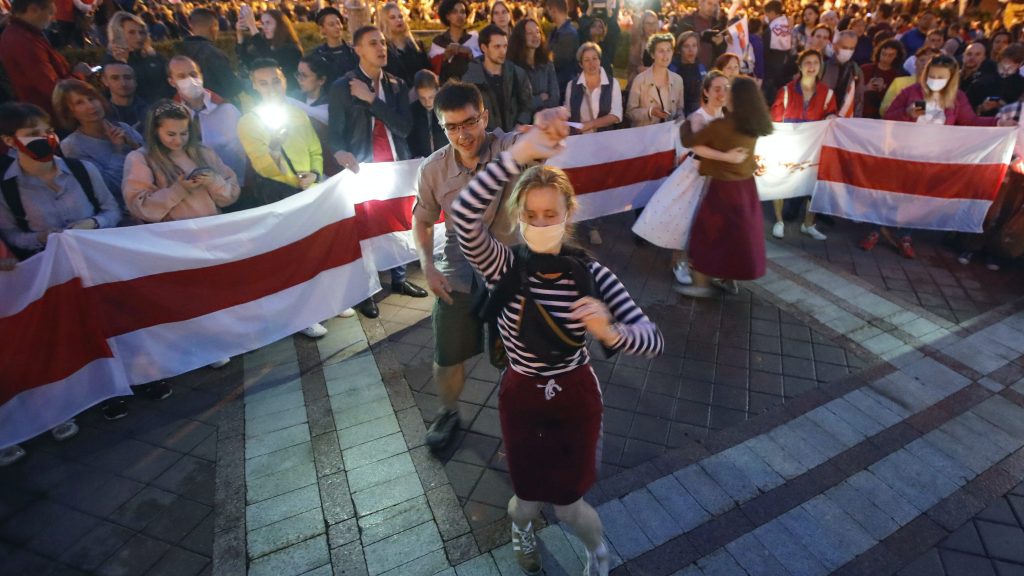 Police in Belarus have detained more than 50 people across the country during protests demanding the resignation of its authoritarian leader.

The renewed crackdown on protesters, who have been taking to the streets for over two weeks, comes as authorities crank up pressure on the opposition, jailing several activists, summoning others for questioning and selectively ordering dozens of demonstrators to appear in court.

Belarus’s Interior Ministry said 51 protesters were detained on 25 August at rallies that spanned across several cities.

According to the Viasna human rights group, 15 people were detained in Minsk, the country’s capital, where several thousand people rallied at Independence Square despite heavy rain, pushing for the country’s long-time President Alexander Lukashenko to resign.

Protests broke out after official results of the 9 August presidential election were announced, giving Lukashenko his sixth consecutive term, with 80% of the vote. They continued despite violent crackdowns during the first days after the election, when police detained nearly 7,000 people and injured hundreds. At least three people died.

The suppression of peaceful rallies fuelled public anger, helping the number of protesters to grow, reaching a peak of about 200,000 participants on two consecutive Sundays. The demonstrations have taken place largely unhindered for the past two weeks.

Lukashenko, who has ruled the country since 1994, bristled at demands to step down and said he would not give in to pressure. On 23 August, the 65-year-old embattled leader toted an assault rifle as he arrived at his residence by helicopter, while protesters rallied nearby.

Following his directives to get tougher on protesters, police this week started beefing up their presence on the streets, cordoning off some areas of the city and detaining people after days of inaction.