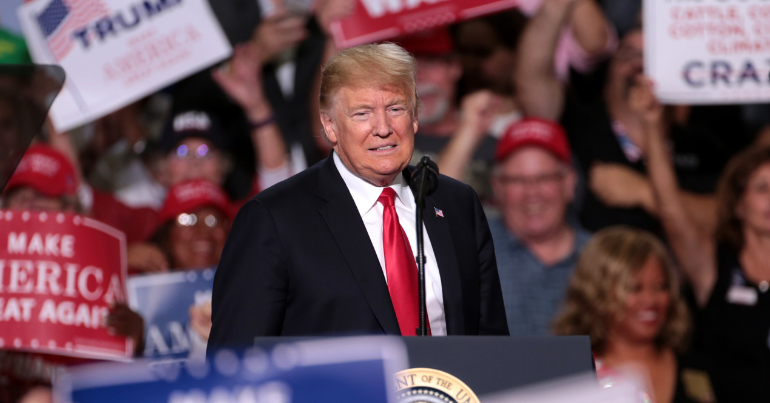 Donald Trump said he would dispute counting of votes issued after polls close, adding to fears he will try to steal the election.

Ahead of the election tonight, Joe Biden remains in front according to the polls. Consequently, the president continues to campaign, with plans to visit four important states today.

I think it’s a terrible thing when ballots can be collected after an election.

According to news website Axios, Trump said he would claim victory on election night if it looked like he was “ahead”. This was reported to be even if big states such as Pennsylvania are yet to return results.

Trump has denied the comments.

It has been estimated that Joe Biden voters are more likely to use mail-in ballots. If Trump is successful in stopping them from being counted, this could have a large effect on the election outcome.

the president’s not going to steal this election.

More votes than ever before have been mailed this year. Several states are not permitted to start counting ballots until election day. Pennsylvania, for example, does not expect to be finished counting until 6 November.

This only adds to long-running accusations of voter suppression in the US. In many states, poll stations can be hard to access, or require waiting for hours. Restrictions on mail-in ballots can often lead to many being thrown out.

Trump’s threat came as historians from across the globe issued a warning about the collapse of democracy.

On 31 October, academics who study authoritarianism wrote an open letter calling for defence of the “integrity of the electoral process”. They further urged global conversation on democracy and action against “misinformation and media concentration”.

Regardless of the outcome of the United States’ election, democracy as we know it is already imperilled. However, it is not too late to turn the tide.

Whether Donald J. Trump is a fascist, a post-fascist populist, an autocrat, or just a bumbling opportunist, the danger to democracy did not arrive with his presidency and goes well beyond November 3rd, 2020.