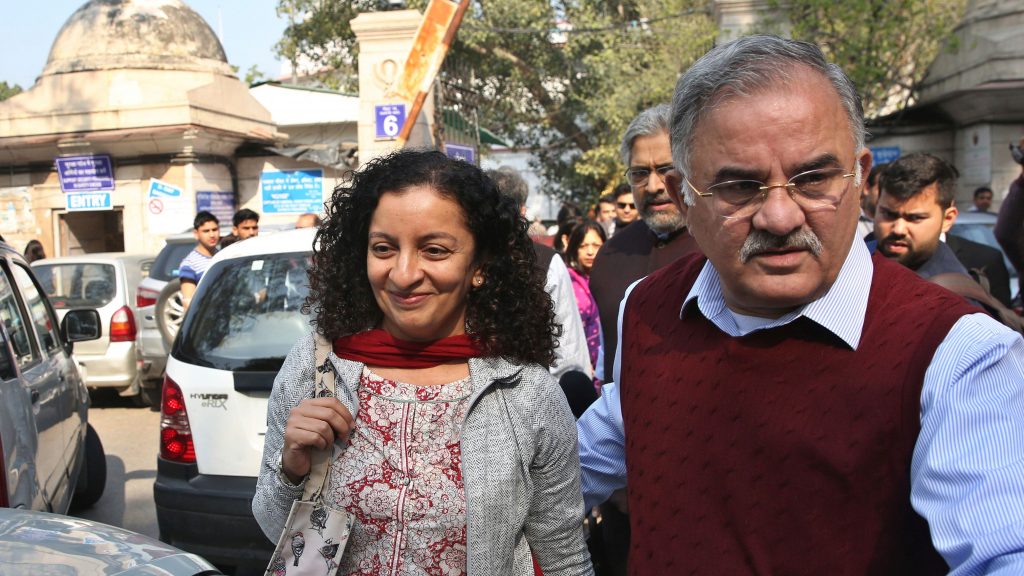 A court in India has acquitted a journalist of criminal defamation after she accused a former editor-turned-politician and junior external affairs minister of sexual harassment.

MJ Akbar, 70, filed a case against journalist Priya Ramani in October 2018, denying the allegations as “false, baseless and wild”.

Ramani was the first to accuse Akbar of harassment, spurring on more than 20 women to come forward and allege similar accusations during his previous career as one of the country’s most prominent news editors.

More than a dozen accusations

Akbar resigned a few days later from his post as a junior external affairs minister in 2018, becoming one of the most powerful men to step down in India’s #MeToo movement at the time.

The string of allegations against Akbar began with a tweet from Ramani in October 2018 in which she said he was the man who had harassed her in an article she wrote for Vogue India the previous year. She had not named him in that article.

More than a dozen women, mostly journalists who worked with Akbar or interviewed with him for jobs when he was an editor, then accused him of sexual harassment.

My victory will empower more women to speak up. This will make powerful men think twice before they drag other people to courts.

She spoke up, she has not been afraid of standing in court and answering all the questions – she hasn’t swayed once.

Akbar, who has consistently denied all allegations, first served as a politician in India’s then-ruling Congress party between 1989 and 1991.

After that, he edited the Telegraph, The Asian Age and other newspapers and wrote several non-fiction books, becoming one of the most influential people in Indian news media.

In 2014, he joined the now ruling Bharatiya Janata Party and was appointed its national spokesman. In 2016, he joined the ministry of external affairs as its junior minister.

This victory is important because a powerful person with all the legal resources at his disposal took the most draconian route – he filed a criminal case against her, not civil.

So this win has a strong salutatory effect. It opens up a greater space for telling the truth and not to fear legal bullying.

Ramani’s allegations were a pivotal moment in the #MeToo movement in India, which picked up pace in 2018 as a spate of actresses and writers flooded social media with allegations of sexual harassment and assault.

Frustrated over an anti-harassment law that activists say has done little to change the status quo, women took to social media to lament a system that they say has failed to hear them.

The Sexual Harassment of Women at Workplace Act of 2013 holds workplaces liable for sexual harassment and prescribes a system for investigating and redressing complaints.

The movement has helped bring awareness to the legislation, according to Nundy. She said:

Many more companies in the organised sector have put in anti-harassment committees and more are aware of this law now.

But she cautioned that more work needed to be done to tackle harassment in formal and informal workplaces.