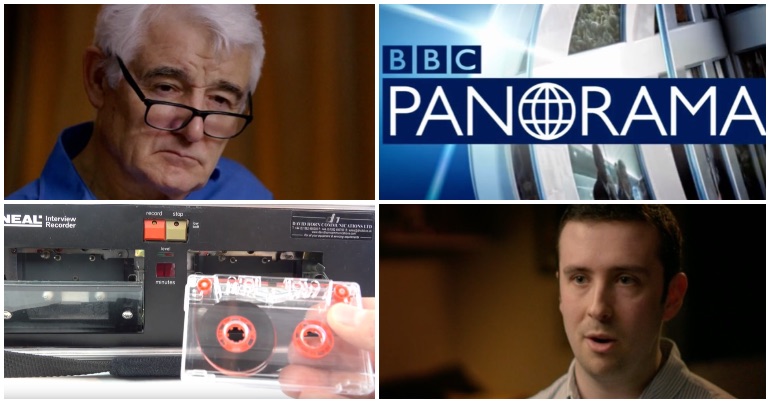 On 10 July, BBC Panorama aired its documentary Is Labour Anti-Semitic? Since broadcasting, Panorama has received criticism from the Labour Party, which claims the programme was biased and misrepresented information. Despite this, the documentary’s producer, John Ware, defended the programme in the Guardian on 14 July.

But sources from Liverpool’s Riverside Constituency Labour Party (CLP) have provided The Canary with new evidence that they believe challenges the account of one of Panorama’s whistle-blowers, Ben Westerman, a former Labour Party investigations officer from 2016 to 2017.

Their grievance concerns a section of the documentary involving Westerman discussing his investigation of Liverpool’s Riverside CLP.

In Panorama, narrator Ware sets the scene by describing that:

For 22 years, Liverpool’s Riverside constituency has had a Jewish MP. In the wake of Mr Corbyn’s election as party leader, there was an influx of new members. Some wanted her out. Party meetings descended into chaos. Ben Westerman was dispatched to investigate.

The Riverside investigation really took on a life of its own; it was a very big investigation – lots of complaints. These all featured antisemitism, but also included bullying, harassment, generally unpleasant behaviour towards each other at party meetings, uncomradely behaviour as the party rulebook defines it. So we opened a full investigation into that constituency party.

Ben Westerman was the only Jewish member of the disputes team.

Coming from a family with a history of oppression because they were Jews, I thought this was intolerable. And at this point, it looked like it could be stopped.

However, Canary sources from Liverpool’s Riverside CLP – who mostly wish to remain anonymous citing concerns regarding employment, safety, and political reprisals – dispute Panorama‘s characterisation that Riverside was rife with bullying and antisemitism.

They believe the BBC painted a one-sided picture and failed to offer them an opportunity to provide an alternative account of events. They instead claim that some Labour members at Riverside CLP used antisemitism accusations to maintain control and undermine rivals. And they argue that this was because an influx of left-wing members after Jeremy Corbyn’s election as Labour leader tipped the balance of power in the CLP.

“Are you from Israel?”

Our sources take particular issue with the next part of Panorama.

In the section in question, Ware states that:

Ben Westerman received dozens of complaints. While interviewing one member, he was confronted with the very antisemitism he’d been investigating.

What can you say to that? You are assumed to be in cahoots with the Israeli government. It’s this obsession with the fact that just spills over all the time into antisemitism.

Two Jewish women in particular – one of whom was interviewed by Westerman and another who acted as her silent witness – strongly believe that Westerman was referring to the interview they took part in.

A source provided The Canary with a full recording of this interview. It includes a long discussion about alleged problems in the Riverside CLP, and also a discussion about antisemitism. At the end, the person who we now know to be the silent witness asks Westerman:

I’m just curious, because I haven’t been in the Labour Party very long, and I’ve certainly never been to anything like this informal interview before… so I’m just curious about… what branch [our emphasis] are you in?

I’m not prepared to discuss my address, basically.

Our sources point out that at no point in this recorded exchange was Westerman asked if he was from Israel. Nor did the silent witness ask for Westerman’s address.

The use of language in the recorded interview is similar to Westerman’s description in Panorama – the key difference being that, in the recording, the silent witness asks Westerman ‘what BRANCH are you in?’. But in Westerman’s Panorama account of what happened, he says he was asked ‘where are you from?’ with the additional question ‘are you from Israel?’.

The Canary has produced the following video to provide a comparison between Westerman’s Panorama account and the recording we have obtained:

The woman you can hear in the recording asking “what branch” Westerman was from told The Canary:

I didn’t speak until I was sure that, as far as Westerman was concerned, the actual interview had finished. Then I was provided with information that I could then speak, and ‘did I have anything to say?’ And my friend had made a good defence on her own account. I had the permission, as it were, to say something. There wasn’t anything in particular that I wanted to say to what the matter at hand was. And I just asked the question I asked to make conversation really, because I’m interested in what other branches or constituencies other members are in.

I suppose I was just sort of making conversation – just being friendly and comradely in the sense of, well, we’re all in the same party, so let’s chat and be friends. But he didn’t want to be. *laughs*

So I thought to myself, when he responded to me, the thought inside my head was ‘oh this guy obviously doesn’t really want to know’ – that kind of thing. I didn’t feel offended or put out in any way; I just sort of thought ‘that’s just his way’ sort of thing, he doesn’t want to play.

You can also listen to the full recording of the interview here:

Narrowing down who could have said it

This raises the question: if the alleged question regarding Israel isn’t in this recorded interview, then could it have happened in another interview conducted at Riverside CLP?

Our sources contend that, because Westerman said “and she said [our emphasis] ‘I asked you where are you from?'” that he is referring to a woman allegedly questioning him about Israel.

They claim that, as far as they are aware, Westerman only conducted six interviews with left-wing Labour members as part of his investigation. Three of these were with men, and three of them were with women.

Our sources also claim that, to the best of their knowledge, five women were involved in the interviews in total; three of these as interviewees and two who acted as silent witnesses in interviews.

Two of these women can be accounted for in the recording and video we have included above. They both believe that Westerman was referring to the interview they were involved in. Both women fiercely deny that they asked Westerman if he was from Israel before, during, or after the interview.

Another female interviewee participated in a phone interview with a male silent witness listening in. But as this interview took place on the phone, this would not correspond with Westerman’s claim that “the person got up to leave the room”. Even so, they too deny asking what was alleged to have been asked. A further interview with a female interviewee also included a male silent witness. Again, both strongly deny the alleged incident occurred during their interview.

Only one of the three men interviewed had a female silent witness. She too strongly denies that what was alleged occurred during her interview.

An alternative possibility is that what was alleged to have been said occurred after the recording stopped, or before it started. But both of our sources heard in the above video strongly deny this suggestion; as do all our other sources who were involved in interviews, or knew those that were.

There was a witness from the Labour Party

Our sources also tell us that most of Westerman’s six interviews were observed by Labour North West regional organiser Andy Smith.

They claim that if what was alleged to have been said occurred, he might be able to corroborate Westerman’s account.

The Canary has attempted to contact Smith directly and via Labour’s North West regional office. We asked whether he could corroborate Westerman’s account, or if it was formally reported, but had not received a response at the time of publication.

A right of reply for Westerman

The Canary also contacted Ben Westerman several times and provided him with the transcript of the above recording.

We asked Westerman to confirm whether the alleged incident occurred during his interview with the women recorded; moreover, whether his version could be corroborated or if he had officially reported the incident.

Again, at the time of publication, we had not received a reply.

Our sources are angry at the BBC

All of the people The Canary spoke to were angry with the BBC, claiming that it had offered them no right of reply, and no opportunity to give their version of events.

When asked whether the programme was balanced, one source stated:

Well it wasn’t balanced! It wasn’t. That’s the whole point. Someone’s written on Facebook ‘case for the prosecution’, because that’s what it is. The BBC pride themselves on their ‘impartiality’ and balance in their programming; but it’s so much not the case with that episode of Panorama. Not at all; not at all.

I’ve written… to the BBC in a complaint about the latest Panorama programme.

The BBC stands by its journalism.

This story highlights that there were two sides to the story in Riverside that Panorama could have used. But instead, the BBC only chose to highlight one. These allegations are serious and potentially blow Westerman’s account wide open. It is imperative that the BBC and Panorama investigate these allegations as a matter of urgency.