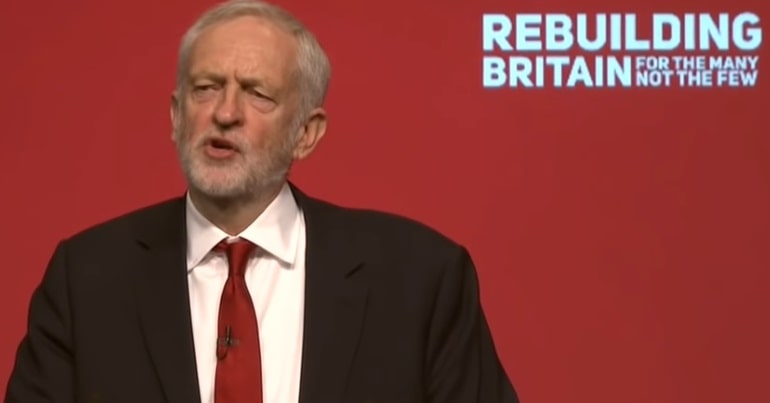 The Board of Deputies of British Jews (BoD) essentially seemed to admit on 19 July that it has no evidence of a ‘Labour antisemitism crisis’.

In a letter to Labour’s shadow cabinet, MPs, and ruling body, the BoD wrote:

Citing a supposed number of offences as a small percentage of membership as a means to minimise the problem should cease.

This seems to be – as Jamie Stern-Weiner has pointed out on Twitter – an admission that the BoD has no evidence to back up its claim that the Labour Party is riddled with antisemitism. Therefore, it seeks to deny the party the right to provide facts demonstrating that the claim is false.

There is much more that could be said about the Board’s arrogance in seeking to prescribe for the Labour Party the manner in which it should implement its internal disciplinary processes. None of its demands would have any beneficial impact on the party’s attempts to deal with the real threat of racism, including antisemitism, within its own ranks and in society at large. They would serve only to inflict yet more damage on the party when it should be surging forward in the battle to replace a disastrous Conservative government. The party’s leading bodies should stand firm in defence of Jeremy Corbyn, the general secretary and other staff who find themselves under attack

Disciplinary cases relating to alleged antisemitism among Labour members since September 2015 reportedly relate to 0.06% of the party’s 540,000 members. Labour says:

There is no one view of the ‘Jewish community’

In its letter, the BoD also called on Labour to work solely with “mainstream Jewish community organisations”. But JVL has challenged the “assumption of homogeneity in the Jewish community”, telling The Canary:

Those that take a different view are ‘not real Jews’, or they are ‘bad Jews’, or ‘self-hating’. In fact, Jews are as diverse as any other section of the population, with differing views about politics, social issues and everything else… To suggest otherwise is to deploy a racist stereotype.

The Canary contacted the BoD for comment, but had received no response by the time of publication.

The BoD’s letter also demands that Labour “promote the IHRA definition of antisemitism, with all its examples and clauses”. Yet many people, including Kenneth Stern – a lead author of the definition, have criticised its application. Stern said he never intended for the definition:

And 24 Palestinian organisations, trade unions and networks in the UK have said:

The BoD has waded in again, claiming to speak for all Jewish people in the UK, which JVL points out is itself a “racist stereotype”. And in doing so, the BoD has essentially admitted that it has zero evidence of a ‘Labour antisemitism crisis’.

Any antisemitism in Labour and wider society is something that we must continue to fight against. Weaponising anti-Jewish prejudice to damage political opponents only obscures that fight.