Exclusive: Labour right linked to campaign to shut down The Canary - Canary 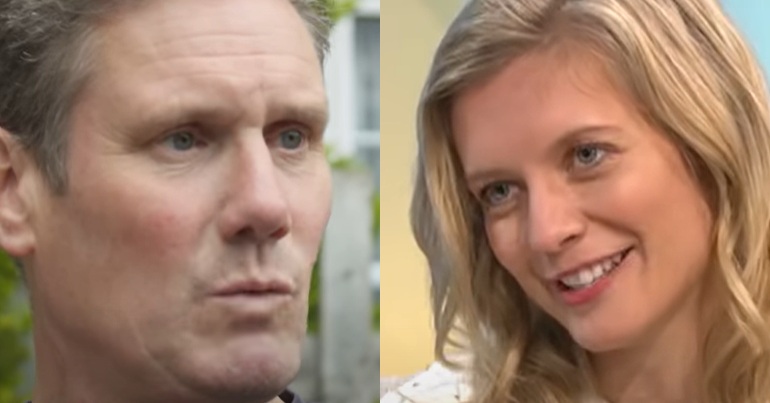 On 2 August 2019, an anonymous internet campaign named Stop Funding Fake News (SFFN) celebrated its apparent success in downsizing The Canary. For six months, SFFN had been trying to demonetise The Canary by lobbying companies to remove advertisements from its website.

The Canary can now reveal that Morgan McSweeney, Keir Starmer’s chief of staff, launched the organisation that now runs SFFN.

SFFN CEO Imran Ahmed has also worked closely with a number of Labour figures previously involved in the campaign to remove Jeremy Corbyn as party leader.

Rachel Riley, a prominent supporter of SFFN, is listed as a patron of the Center for Countering Digital Hate (CCDH), an organisation closely linked to SSFN.

SFFN claims that it has been “a project of the Center For Countering Digital Hate” since 4 May 2020. The relationship between the two organisations, however, appears to date back far longer. And crucially, CCDH is linked to a number of figures on the Labour right.

CCDH is a not-for-profit NGO which was initially registered on Companies House as Brixton Endeavours Limited. At the time of incorporation, 19 October 2018, the organisation’s only director was Morgan McSweeney – Labour leader Keir Starmer’s chief of staff. McSweeney was also the campaign manager for Liz Kendall’s leadership bid.

Brixton Endeavours Limited was officially renamed the Center for Countering Digital Hate on 30 August 2019, and McSweeney did not resign his directorship until 6 April 2020. The resignation was listed on Companies House on 4 May 2020, the day CCDH and SFFN’s relationship was formally acknowledged.

Although CCDH was first named on Companies House in August 2019, it has been in unofficial operation since December 2017.

Imran Ahmed, according to his Twitter profile, is the “founding CEO of CCDH & SFFN” – thus suggesting his involvement in SFFN since it was first launched in early 2019.

Speaking with former Labour leader Ed Miliband, Ahmed also admitted that “Stop Funding Fake News… was one of our earlier projects”, adding that “we” (SFFN) shut down Aaron Banks’ site Westmonster “early on” – in August 2019.

SFFN and CCDH’s websites were also registered on the same server, on 28 January 2019 and 24 April 2019, respectively.

Ahmed, as CEO of an organisation whose director was McSweeney, thus appears to have been operating SFFN long before both organisations have been willing to openly admit.

Moreover, Ahmed is not only linked to McSweeney. He is connected to a number of Labour figures previously involved in the campaign to remove Jeremy Corbyn as Labour party leader.

Ahmed has worked as special advisor to Hilary Benn, reported to have encouraged a vote of “no confidence” against Corbyn in 2016, and as head of communications for Angela Eagle, who launched a leadership challenge the same year. Both Benn and Eagle “consistently voted” for the Iraq War – a criminal product of epic disinformation, propelled by many of the UK’s main media organisations.

Ahmed now also sits on the steering committee of the UK government’s Commission for Countering Extremism, where he advises on “conspiracist “news” sites”.

While posing as a neutral body concerned with “the rapid rise in Fake News”, operated by people who are supposedly “pro-truth, pro-balance and pro-responsible news”, SFFN in fact appears to be a highly politicised pressure group, and part of the wider onslaught against the British left.

A statistical analysis of SFFN’s lobbying efforts supports this assessment. Between its founding and the 2019 general election, SFFN targeted The Canary – which the campaign acknowledged was its largest target – more than any other website, with 176 individual posts on Twitter. The operation has been scaled down since the election, with 42 individual posts targeting The Canary in a greater amount of time.

During its effort to demonetise The Canary, SFFN did not publish its own sources of funding. In 2019, when the campaign was looking to “hire two full-time staff” to “finish the job” on The Canary and other sites, it raised a mere £2,486 of its crowdfunding target of £10,000.

Based on two deleted job postings, however, the organisation is now in receipt of considerable sums of money.

In August 2020, CCDH called for prospective workers to join its “rapidly expanding team”. The first job, “Head of Campaigns and Communications” to support “Stop Funding Fake News”, was salaried at between £30,000 and £35,000. The second job, named as “Research supporting our Stop Funding Fake News project”, offered the same amount.

Today, CCDH lists Countdown figure Rachel Riley as its only patron, adding that it receives additional funds from “philanthropic trusts and members of the public”.

It is not known whether Riley has also funded SFFN since 2019, at which time she celebrated The Canary being “on its last legs” due to SFFN lobbying. Riley did not respond to a request for comment at the time of publication.

SFFN and CCDH’s opaque funding raises an elementary concern. If an organisation cannot reveal its sources of income, it cannot be trusted to act with independence or integrity.

SFFN would argue that, while websites that publish fake news have a right to free speech, they don’t have a right to make money from it. But on what authority can this group decide what is and is not ‘fake news’?

Unlike the content of SFFN’s Twitter threads, The Canary is monitored by an independent press regulator. We invite our readers to request a correction should they find inaccurate information. When The Canary makes mistakes, a correction is not buried in the depths of the website, but shared widely. Indeed, these standards are far higher than those of the corporate media.

Yet making this point is perhaps too charitable to SFFN. Rather than being a real attempt at countering misinformation, the campaign seems to represent what journalist Glenn Greenwald would call “hall-monitor tattletale whining masquerading as journalism: petulantly complaining that tech platforms are permitting speech that, in their view, ought instead be silenced”.

They’ll come for us next

Attacks on The Canary have continued over recent weeks, with editor-at-large Kerry-Anne Mendoza’s Twitter account being suspended following “a series of coordinated and vexatious complaints”.

In a scathing article published in Jacobin Magazine about CCDH, journalist Branko Marcetic warned: “They’ll Come For Us [the left] Next”.

It seems they already have.

The Canary contacted Imran Ahmed, CCDH, SFFN, and Rachel Riley for comment. None have responded at the time of publication. Any response will be added to the article.

We strive to hold the powerful, in all political parties, to account. No matter how much we are attacked we will report the truth.

But we can’t continue to produce investigations like this one without your support. Please become a supporter now.