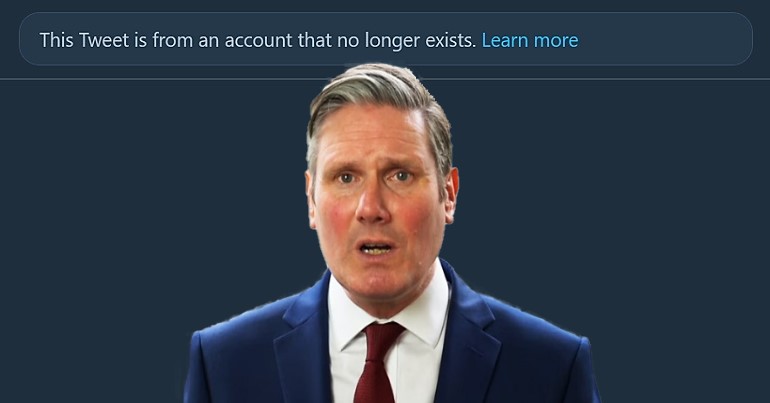 Labour Party donor David Abrahams has been at the centre of a storm over alleged Islamophobia. One organisation called tweets he sent “abhorrent”. Now, Abrahams has deleted his Twitter account. Sadly for him, screengrabs means the history books will remember what he said.

Abrahams is a property developer and business person. The Guardian noted that he:

has a long history with the Labour party, holding office as a councillor in the 80s and unsuccessfully running as Labour candidate for Richmond, North Yorkshire, in the 1992 general election.

Previously associated with Tony Blair, Abrahams reportedly gave hundreds of thousands to Labour. He ceased his donations in 2016 after remarks made by Naz Shah, the Labour MP, and the former mayor of London, Ken Livingstone, which were condemned as antisemitic.

What the Guardian forgot to say

The Guardian failed to mention a couple of things. Firstly, that Abrahams is a former treasurer of the lobby group Labour Friends of Israel. It was linked in 2017 to a scandal involving an Israeli diplomat and a plot to ‘take down’ UK politicians who support Palestine. Then secondly, the Guardian omitted that he was caught up in a donations scandal to Labour under Blair in around 2007. In 2009, the Crown Prosecution Service, at the time headed by Starmer, announced it had “insufficient evidence” to bring charges against Abrahams.

When Keir came in I knew I was supporting somebody who was decent… I’m happy to start to donate to Labour and if I find that we’re committed to the right policies I’m happy to donate more.

But now, tweets Abrahams posted over recent years have hit the headlines over their Islamophobic content. A spokesperson for the Muslim Council of Britain (MCB) told the Guardian:

Abrahams’ abhorrent and deeply Islamophobic views that he has felt emboldened to publish in the past is yet more evidence of how prevalent and seemingly acceptable Islamophobia in British society is.

Just last week, the Labour Muslim Network (LMN) published a report exposing a culture of Islamophobia and discrimination within parts of the Labour Party which echo the unacceptable views Abrahams has voiced.

The Labour Party, in its work to address other forms of racism from within its ranks, must also stand firm against Islamophobia and take decisive action against this kind of hate.

So, just what did Abrahams say that has caused this storm? Sadly, he appears to have deleted his Twitter account. But thanks to the art of the screengrab, his tweets are still out there.

Ben Jolly tweeted a selection of them:

I much preferred the Labour Party when it was funded by its mass membership. It thrived on people power & we didn’t need the likes of rich racists such as David Abraham’s.

Nothing positive will come from this. pic.twitter.com/qVqo5THSUq

Mosques should train Imams locally and not have to import them from countries such as Pakistan who don’t speak English. Ban on foreign Imams?

But this Islamophobia wasn’t just historic. Abrahams tweeted this in January:

Keir Starmer’s new financial backer accused every single Palestinian of being a terrorist.

Keir Starmer is a racist who wants the backing of other racists. pic.twitter.com/7FVYwzlULK

The coward’s way out

Abrahams did not respond to the Guardian when it asked him for comment. The Canary‘s editor-at-large Kerry-Anne Mendoza summed up the situation well:

Remember when Keir Starmer said he was the unity candidate who would retain Corbyn’s policy platform but lead in a less ‘divisive’ way?

It’s time to stop giving time and money to the pundits who told you to believe that nonsense.

Aside from the racism, Abrahams has done himself no favours by deleting his Twitter account. Because it’s a direct failure to be accountable for his comments. Instead, he took the coward’s way out and hoped it would all go away. How wrong he was.