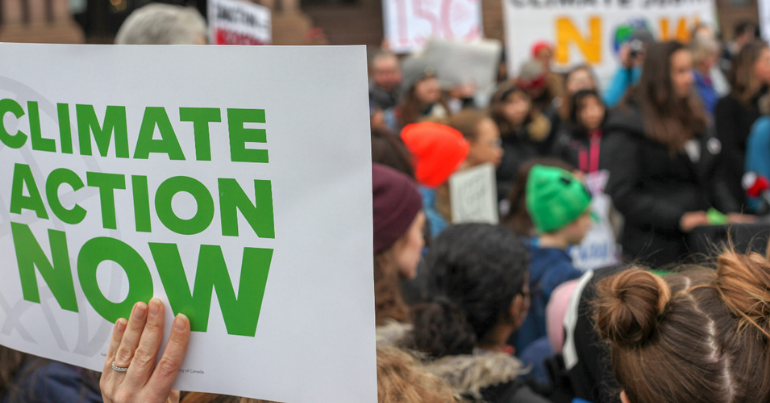 A new study has found that an increasing number of Europeans support actions to fight the climate crisis.

Research conducted by eupinions in September surveyed 13,000 UK and EU residents. Two-thirds of respondents said they would support banning short-haul flights and cutting back on meat consumption. Meanwhile, over 50% of the participants said they would back using cars less often.

But while this positive attitude towards dealing with the climate crisis is welcome, personal changes need to be accompanied by corporate and government level action to really have an impact.

The researchers conducted a similar survey in March 2020. They found 72% of Europeans believe the EU is not doing enough to counteract climate change. However, they were less keen for restrictions on personal freedoms.

Reluctance still remains in terms of restrictions. Respondents were less likely to support dietary restrictions in restaurants or fuel restrictions on cars.

However, providing education on environmental issues changed minds. Giving participants information about the high emissions from meat production led 68% of them to say they would consider cutting down.

Europe and the environment

The European Commission has proposed to cut emissions in the EU by 55% by 2030. This is hoped to set the EU on a path to being climate-neutral by 2050. The proposed ‘European Green Deal‘ sets out economic policies and plans to restore biodiversity.

Any green deal still has barriers to cross. Some EU states do not agree with the suggested climate policies. In addition, it is unclear exactly how the deal will be funded, with the commission calculating €3tn could be needed to finance the deal.

But Green MEP Alexandra Phillips wrote that the deal did not go far enough:

They go neither far enough nor fast enough to tackle the fundamental environmental, economic and democratic crises we are facing. They commit to becoming carbon neutral by 2050, with a target of at least 50 per cent reduction in carbon emissions by 2030; but this target is too far in the future and will leave large parts of the world uninhabitable at the turn of the century if not before.

At this late stage in the game, and given that Europe is disproportionately responsible for the problem, and disproportionately able – or wealthy enough – to decarbonise faster, the only credible option is for us to set a target of net-zero emissions by 2030.

However, climate groups see a way forward globally. The World Wildlife Fund estimated increased uptake in sustainable technologies could have a significant impact on global emissions by 2030.

President-elect Joe Biden intends to take the US back into the Paris Agreement, a global deal to fight climate change that Donald Trump left. The US emits the most greenhouse gases in the world after China, meaning its participation in the agreement is key to its success. But while the US rejoining the agreement is positive news, many critics argue it doesn’t go far enough and further action is needed to curb the climate catastrophe.

Environmental proponents welcome personally green choices, but say corporate and governmental level campaigns are where the real difference needs to be made. After all, just 20 companies are connected to a third of all emissions. As the Guardian reported, climate scientist Michael Mann stated:

The great tragedy of the climate crisis is that seven and a half billion people must pay the price – in the form of a degraded planet – so that a couple of dozen polluting interests can continue to make record profits. It is a great moral failing of our political system that we have allowed this to happen.