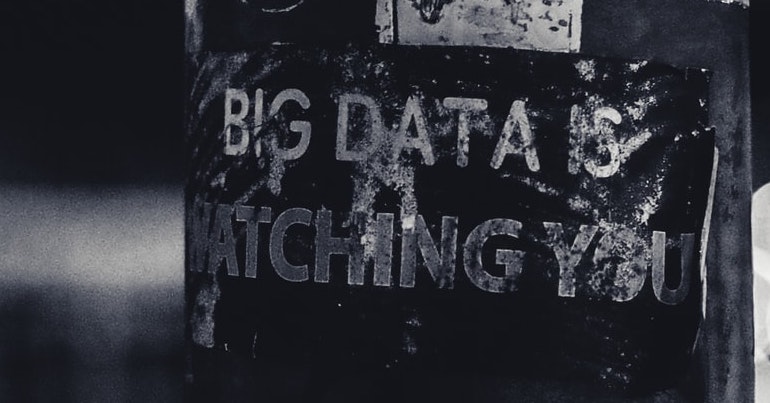 The Home Office is currently carrying out a consultation on reforms to the Official Secrets Act. There are a range of concerning aspects in this outline from the government. Much of the media coverage so far has focused on the potential threat to investigative journalism. But another equally worrying aspect of the possible reforms are the suggestions of giving police greater powers to use crime prediction strategies.

As part of the investigations unit’s work on #ResistBigBrother we’ve been examining abuses of police power, the impact on communities, and the cost to the public. Now, we turn to this emerging consultation to keep a close eye on what the Home Office is planning after it’s attempts to push through the Police, Crime, Sentencing and Courts Bill.

What does the consultation say?

The Home Office says in the consultation:

It is the Government’s ambition to now create a modern and comprehensive legislative framework similar to that which has developed for counter terrorism.

One prominent prong of counter-terror strategy has been Prevent. The programme is an example of pre-crime: policing that operates to stop a potential crime before it happens. The Prevent duty requires medical professionals, teachers, and other community figures to report anybody they suspect has the potential to be ‘radicalised.’

While Prevent is supposed to tackle all forms of “extremism,” including the rising threat from far-right groups. The reality is that it’s a racist strategy which targets and surveils Muslims. The Home Office’s indication that reforms to the Official Secrets Act will model reforms on counter-terror strategies like Prevent is a dire threat to civil liberties and freedoms. The Home Office claim in the consultation that:

The Government is of the view that the existing legislation does not sufficiently capture the discernible and very real threat posed by state threats and therefore, reform of all of the Official Secrets Acts is central to the UK’s ability to tackle it.

Pre-crime is sometimes known as predictive policing, and includes the use of data to assist with police strategies. For example, the consultation states:

It is important that law enforcement can arrest those looking to conduct espionage at a preparatory stage, as this is the best means of ensuring that sensitive information remains secure.

This is a textbook definition of pre-crime, or predictive policing, and points to how the Home Office intends to surveil and punish those who have not yet actually committed a crime.

.. we would seek to criminalise relevant acts carried out in the lead up to hostile activity, which would enable the police to intervene at an early stage before these preparatory acts can culminate into serious harm.

The consultation also argues in favour of keeping existing search powers under Section 9 of the Official Secrets Act 1911. Unlike ordinary search warrants that require the police to have reasonable grounds for “believing” that an indictable offence has been committed, the 1911 power allows for searches when there are reasonable grounds for “suspecting” an offence will be committed. Furthermore, normally search warrants can only be issued by a court. However, the 1911 powers allow a superintendent to issue a warrant in an emergency.

It argues that these powers should be kept because:

Other search powers provided under the Police and Criminal Evidence Act 1984 (PACE), have not been found to adequately provide the police in England and Wales with the swift preventative powers they require to address the espionage threat.

These powers are particularly chilling in the context of a consultation that seeks to strengthen and expand the scope of the Official Secrets Act.

How does predictive policing work?

A recent campaign from human rights organisation Liberty conducted research into predictive policing in the UK:

Our research has revealed that at least 14 UK police forces have used or intend to use discriminatory computer algorithms to predict where crime will be committed and by whom.

Liberty is calling for an end to the “use of these dangerous and discriminatory programs.” The Canary spoke to Data Justice Lab researcher Fieke Jansen who specialises in data-driven police operations. Jansen explained that pre-crime, or ‘predictive policing’ has a couple of different strands:

Jansen says that police budget cuts in the UK have meant a lot of predictive policing models stop and start frequently. For example, Kent Police ran, and ultimately halted their use of crime prediction strategies. Jansen explains that a major problem police forces have is that:

you need a certain volume of police data to actually even make some predictions, and then you can question what the validity of these predictions are.

So, how sophisticated is it? Jansen explains that the level of sophistication varies:

It depends a little bit how sophisticated they are like the gang matrix, or what people have told me is basically the use of Excel sheets. There’s nothing technically sophisticated about it. But then the staff, what they’re doing in the West Midlands Police is that they have a data insight team, and they’re trying out different machine learning models to predict known offenders – so it’s not everybody, it’s those who are already known. And they try to predict the likelihood that they will escalate from low harm to high.

Why is it harmful?

Organisations like Liberty have already made it clear that crime prediction tactics rely on existing discrimination and bias. They are an increase of policing in already police-heavy areas that make communities feel unsafe. We asked Jansen about the impact predictive policing has:

I think maybe the anti-discrimination movements said it the best, that this is just another tool in the repertoire of action that the police already have to target certain communities and control them. Because when you look across the board about how all this technology is used, it’s always applied on a certain criminal offence and not on others. So it’s never used on white collar crime, for example, always used on others.

And as Sofia Lyall explained in Prospect:

Geolitica [used by the Met and Kent police] perpetuates racial and class discrimination by proxy. As people from BAME communities are disproportionately more likely to be arrested, the algorithm wrongly assumes that the areas in which they live are areas where there is more crime—where what is considered “criminal” has an intentionally narrow scope. If the data also accounted for locations where white collar crime was committed, the algorithm would advise police officers to patrol different locations

Predictive policing models are not used for white collar crime. Yet as a Labour policy review states, not only is white collar crime “not victimless”, it costs the economy £73bn a year. It further sets out that:

Victims often struggle to get redress. Researchers at the University of Portsmouth’s Centre for Fraud studies estimate that only 1.5 per cent of frauds are ever reported and only 0.4 per cent ever receive a criminal sanction.

So it becomes a matter of priorities as Jansen points out:

I think the real harm lies in the fact that it is obfuscated…these larger questions, like ‘why are we focusing on this rather than other crime’, for example are not being asked. A lot of the discussion is now skewed to data harms, ethics of algorithms, things like this, we are no longer talking about how policing is actually used to control the lower classes of society With civil society funding, who gets a seat on the table?

Jansen explains that while there are certainly questions to ask about data ethics, privacy, and surveillance, some questions are not asked as often:

I do think the question that hardly ever gets asked is [could] this money have been spent on something else? Education, training within the police, it could have also been spent on health care, and children and so on. So, it’s a question of prioritisation and resources at the state level, but also at a policing level.

Policy decisions are decisive in providing a roadmap for policing that happens on the ground. The consultation on the Official Secrets Act is a marker of dangers for civil liberties and the right to privacy. Predictive policing relies on surveillance in order to work. Surveillance requires infringing on civil liberties.  However, in addition to this it’s also a choice from governments to waste money on data and technology rather than spending money on a universal basic income, healthcare, childcare, and a strong welfare state. Properly funding those avenues would be a stronger foundation on which to tackle crime – instead of targeting and surveilling the most disadvantaged.