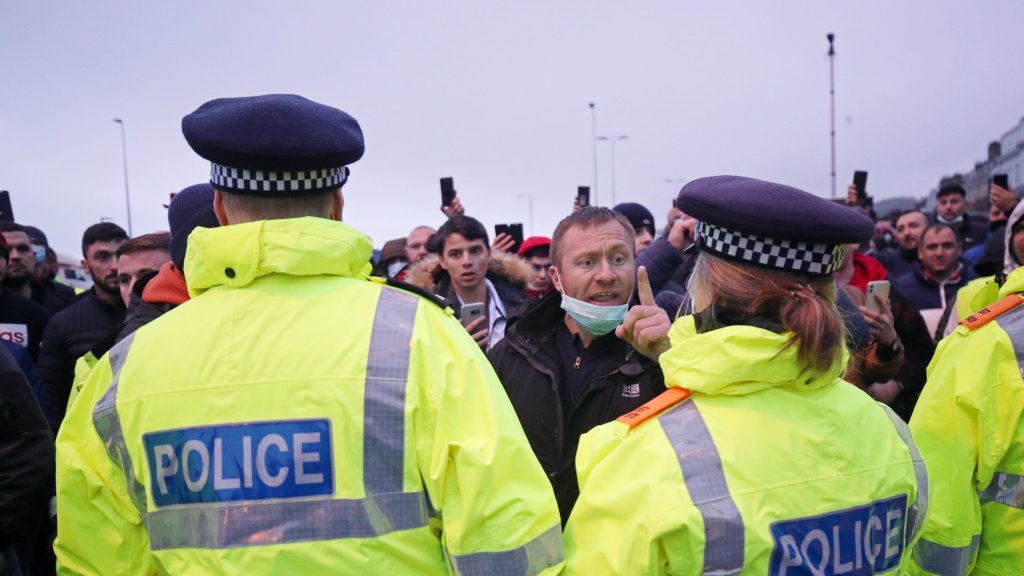 Former police chiefs have warned parts of a controversial bill could further undermine trust in forces and “exacerbate” serious violence.

The group of ex-police leaders, senior officers and advisers has written to home secretary Priti Patel to express their concerns about some of the proposals contained in the Police, Crime, Sentencing and Courts Bill – which the House of Lords will continue to consider on Monday.

The bill contains a raft of measures, including a clampdown on protest and outlawing the way of life for Gypsy, Roma and Traveller communities.

The bill has prompted widespread protests across the UK.

Signatories to the letter include lord Paddick, former deputy assistant commissioner of the Metropolitan Police, and Leroy Logan, the former Met superintendent who was the founding member and first chair of the National Black Police Association. It calls on Patel to reconsider measures in the Bill which could:

undermine the work police colleagues are doing to prevent and reduce serious violence, and put already marginalised communities at further risk of harm.

Although as the Network for Police Monitoring pointed out:

Ex senior officers are right to warn the #PolicingBill will lead to harassment of young, working-class and racialised communities but say it could also “undermine the work police colleagues are doing to prevent and reduce serious violence”.

As experts on police use of force, racial profiling, and stop and search, we believe that this Bill has dangerous implications for the fight against serious violence, an issue that demands police work in service to, not against, the communities facing its harms.

The group warns placing a legal duty on police and public bodies like councils, criminal justice bodies, health and fire services to tackle serious violence and share intelligence and data could “negatively affect relationships” between the police and the public, as well as their counterparts in other authorities, adding:

Ultimately, these proposals will hit marginalised groups the hardest, disproportionately impacting Black men and communities of colour with whom the police need to rebuild trust.

The duty may actually exacerbate people’s experiences of alienation, exclusion, and isolation – some of the root causes of serious violence.

On proposed Serious Violence Reduction Orders – intended to make it easier to stop and search those who have previously been convicted of carrying a knife – the letter said: “When stop and search powers are misused, they can be counterproductive, a waste of time and resources, and most importantly, damage relationships between the police and the public”, adding that provisions for a “suspicionless stop and search power” would “roll back some of the progress that has been made in trying to address the issue of racial disproportionality in the criminal justice system”.

Jun Pang, police and campaigns officer at human rights group Liberty, claimed there was a growing “chorus of opposition” to the “oppressive” legislation, adding:

Expanding existing measures like stop and search will funnel more people into the criminal punishment system and further divide communities. The Bill threatens the way of life of Gypsy and Traveller Communities and silences those who want to speak out against injustice.