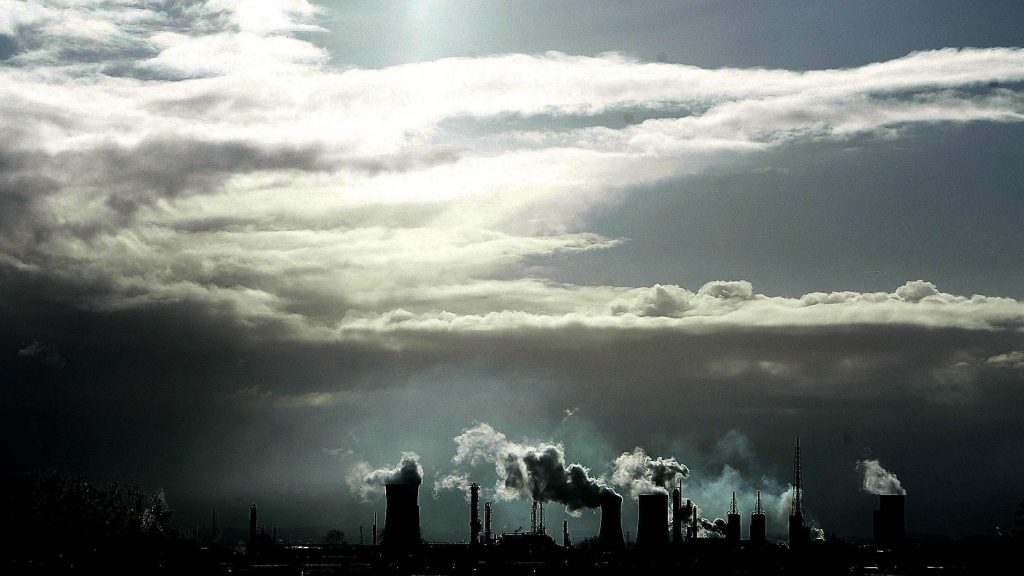 Concentrations of carbon dioxide and other heat-trapping gases in the atmosphere rose at a faster rate in 2020 than over the previous decade, and the trend has continued in 2021, the UN’s World Meteorological Organisation (WMO) said. The economic slowdown caused by the coronavirus (Covid-19) pandemic did not have any discernible impact on atmospheric levels of greenhouse gases and the rate they are building up, although there was a temporary decline in new emissions, the WMO said.

If greenhouse gas concentrations continue to increase at current rates, the world will see temperature rises far above globally agreed long-term targets to limit warming to 1.5C to 2C to avoid the worst impacts of climate change.

Greenhouse gases are emitted by human activities such as burning fossil fuels for power, heating and transport, farming and deforestation, and they build up in the atmosphere where higher concentrations of the gases trap more heat, causing rising temperatures, extreme weather, and rising seas.

We are way off track.

“There is no time to lose”

The last time the Earth had similar concentrations of carbon dioxide (CO2) in the atmosphere was three to five million years ago when the temperature was 2C-3C warmer than now, and sea levels were 10-20 metres higher – but there weren’t 7.8 billion people living on the planet then, Taalas warned. He added:

Many countries are now setting carbon neutral targets and it is hoped that Cop26 will see a dramatic increase in commitments. We need to transform our commitment into action that will have an impact on the gases that drive climate change. We need to revisit our industrial, energy and transport systems and whole way of life.

The needed changes are economically affordable and technically possible. There is no time to lose.

The latest annual greenhouse gas bulletin from the WMO shows that levels of carbon dioxide – the most important greenhouse gas – in the atmosphere reached 413 parts per million in 2020, 49% above what it was in 1750 before human activity started affecting natural systems.

Concentrations of other key greenhouse gases methane and nitrous oxide also hit record highs in 2020, as they increased at faster rates than in the past 10 years.

Roughly half the carbon dioxide emitted by human activities remains in the atmosphere, while the other half is absorbed by oceans and land habitats such as forests. But the bulletin warns that these carbon-absorbing “sinks” may become less effective in the future, reducing their ability to take carbon dioxide out of the atmosphere and buffer the planet from even greater warming.

The bulletin has been published as world leaders and negotiators prepare to gather in Glasgow for the COP26 climate conference in less than a week, where countries will be under pressure to take greater action to cut emissions of the greenhouse gases that are driving rising temperatures.

Responding to the report, professor Dave Reay – the director of Edinburgh Climate Change Institute, University of Edinburgh – said the true success or failure of COP26 would be written in the skies in the form of greenhouse gas concentrations. He noted:

This new report from the WMO provides a brutally frank assessment of what’s been written there to date. So far, it’s an epic fail

The “small window of opportunity” to stabilise greenhouse gas concentrations at a level that meets global goals to curb rising temperatures was about to vanish, he warned. Dr Heather Graven, reader in climate physics at Imperial College London, said:

These atmospheric measurements provide hard evidence that, rather than slowing climate change, we are accelerating it. Greenhouse gases in the atmosphere are increasing faster than ever. It is crucial that Cop26 succeeds in ramping up mitigation efforts across the globe