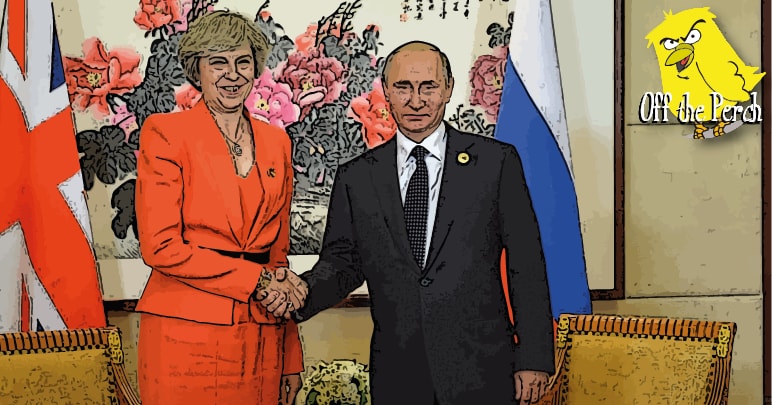 One leader is a corrupt ideologue who hopes to stay in power by turning their electorate against a malign outside power. The other is – well – exactly the same thing basically. And now, they’ve met up to discuss how a cold war could be great for them in the popularity polls.

Putin is an old hand at drumming up international beefs for his benefit. May is less experienced. She’s also just generally bad at politics, which is why she’s made a pig’s ear of the situation already.

In theory, the two leaders were supposed to be meeting to publicly face one another down. May got a bit carried away though, and was walking around the gathered journalists giving out high fives.

When May approached Putin (smirking and offering a fist-bump), her Russian counterpart frowned and shook his head.

It’s been suggested that the best way of dealing with Putin is to freeze out his oligarch friends. Because if we did that, they’d realise Putin wasn’t good for business, and his power would wane.

When this was put to Theresa May, the startled PM asked:

As in turn down money from them when it’s offered? How would that work then?

Someone pointed out that it is indeed possible to refuse money that’s being offered to you. May and her team looked confused.

“I don’t think that’s right,” she said. “Because we’ve never refused money from anyone.”