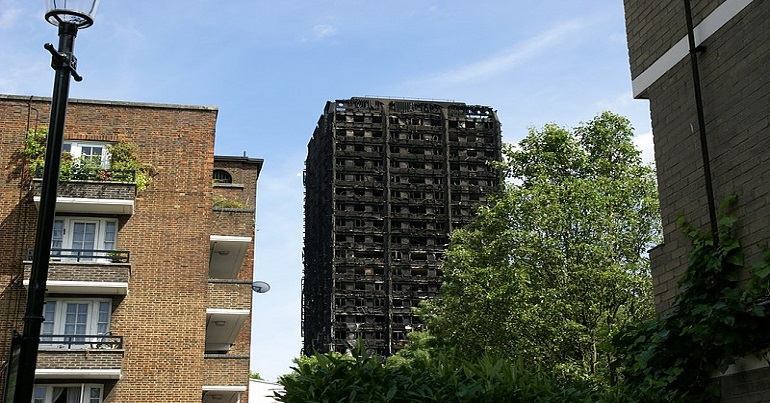 Nine months on, the shocking and terrible events of 14 June continue to cast a long shadow… I am confident that the police and public inquiry will, in time, provide answers.

Javid made a statement about the second report from the Independent Grenfell Recovery Taskforce. The initial report was published 31 October 2017.

Javid and the government have faced criticism for the “glacial response”, though.

Much more to do

After praising his department’s efforts and the “community spirit” of London, he remarked that:

there is much more to do to ensure that residents can see and feel that things are getting better on the ground.

Although 188 households have accepted an offer of accommodation, only 62 of these have moved into permanent homes. There are still 82 households in emergency accommodation, with 25 families and 39 children among them. Javid admitted this is “totally unacceptable”:

As the Taskforce has said, it’s unlikely that all households will be permanently rehoused by the 1 year anniversary of the fire.

Javid blamed the Royal Borough of Kensington and Chelsea (RBKC) council for delays. He said:

…it’s paramount – that if the council is to regain trust… that the Grenfell community are not just being told that things are changing… but they can see that their views and concerns are being heard and that they are being acted upon.

I expect the council to take on board its recommendations… and do more to listen to the community, to improve links with the voluntary sector and to act on the feedback that it gets from the frontline.

The government’s glacial response in providing support for the victims of the Grenfell Tower is a betrayal of the survivors… It is fundamentally unacceptable that the government has admitted that by the one-year anniversary of the tragedy all people will not have been permanently rehoused.

Promising that the government will do all it can to support the RBKC, Javid declared he will be monitoring the situation.