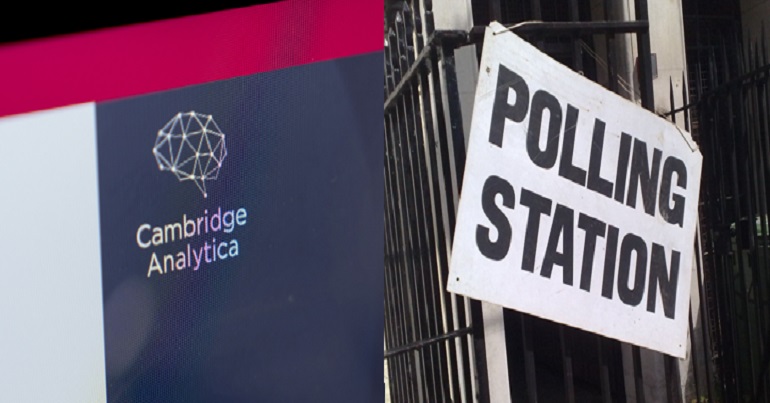 The UK has been warned that the Cambridge Analytica scandal could be repeated by “malicious influencers” at the next general election.

Make Votes Matter campaigns for reform of the first past the post (FPTP) voting system used for UK general elections. It says proportional representation would be a fairer system. But now, it has warned that FPTP “offers illicit online influencers, and even foreign powers, the ideal environment in which to influence our ballots”.

A whistleblower claimed that data firm Cambridge Analytica had access to harvested data from millions of Facebook users. As BBC News reported, Christopher Wylie said it then went on to use the data to psychologically profile people and deliver pro-Donald Trump material to them.

The report was followed by revelations of its role in the US elections – a senior member of staff claimed the firm was behind the ‘defeat crooked Hilary’ ad campaign – and of its parent company’s activities in Nigerian politics.

Our analysis reveals that tiny changes in voting behaviour in key geographical areas could have dramatically changed the results of the 2017 General Election. This creates the perfect environment for illicit social media campaigning to swing election outcomes.

It is these tiny swings, where user-specific targeted social media campaigning could influence people’s voting decision, which Make Votes Matter is concerned about.

Currently, there is no evidence of Cambridge Analytica influencing UK elections. The information commissioners office is waiting to search the company’s premises.

A “threat to democracy”

But Make Votes Matter believes that a system of proportional representation would help protect the UK from external interference by ensuring that a tiny group of swing voters do not hold the keys to power. As Winter said:

We face a fresh threat to democracy. Shadowy groups are exploiting technology – data harvesting, targeted ads, bots and fake news – to ruthlessly target and influence those voters without oversight or accountability.

With a proportional voting system which makes every vote count, it would take millions of voters to alter the final result. But in our laughably outdated voting system, targeting and influencing a few voters in the right places can decide a government.