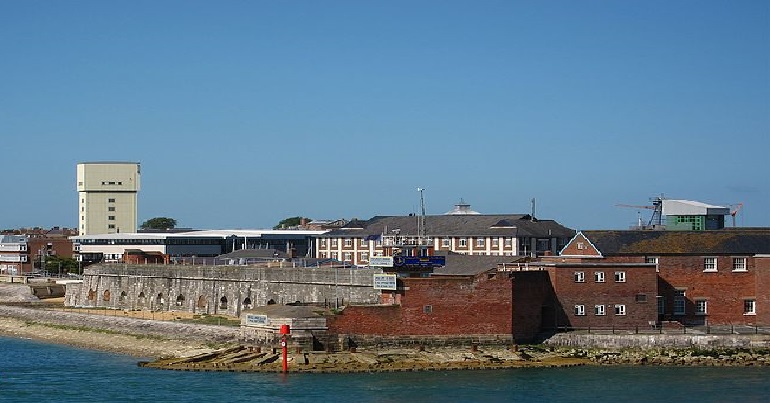 Workers and community groups are marching to protest against “wage robbery” and worker “intimidation” at Gosport naval base. Britain’s largest union, Unite, has announced its support for the naval base workers. The local Labour Party also supports the protest as part of its campaign against unfair wage cuts. Unite and Labour are joining workers in a march from Gosport High Street to the office of local Conservative MP Caroline Dinenage.

Low paid staff, including cleaners, mess hands and housekeepers, have been forced to accept new contracts.

These new contracts have imposed a reduction in their working year from 52 to 50 weeks, with no chance to make up the difference. Gosport Labour claims:

When staff raised grievances, they were told that many workers had welcomed the reduction in their salaries as it meant they didn’t have to pay for child care or adult care during the two weeks they would not get paid! Management just didn’t care that that staff won’t have any money to feed their families, pay their rents and other housing costs, heat their homes and pay all the other bills for those two weeks.

Unite also claims that workers have experienced bullying and harassment at the affected sites. The union’s regional official said:

The behaviour of ESS is simply disgraceful, not only is the company robbing staff of their pay by cutting their weeks but it is subjecting them to a campaign of bullying, harassment and intimidation.

The Ministry of Defence (MOD) has outsourced the contracts to ESS, which is part of the Compass Group, at local Royal Navy bases including Fort Blockhouse, Whale Island, HMS Collingwood and HMS Sultan.

The campaigners will be delivering a petition opposing the wage underpayments and alleged intimidation of workers to Dinenage. They are seeking a meeting to ask her to raise the issue with defence secretary Gavin Williamson.

Both Unite and Gosport Labour called on people to join them on 23 March:

The Canary asked Compass Group and the defence secretary for a statement or comment. Neither had responded by the time of publication.