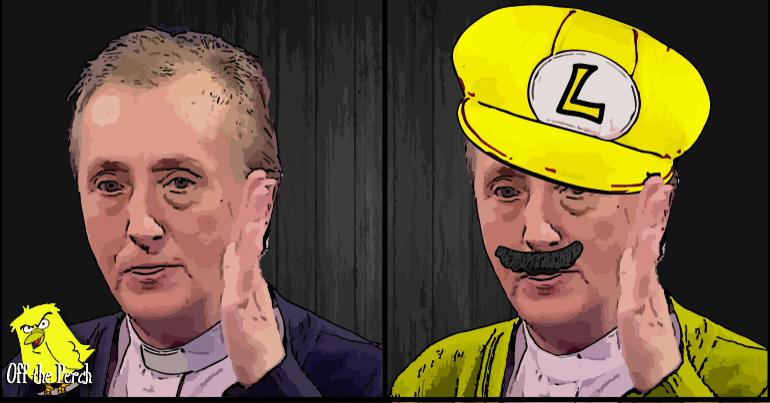 A furore blew up this week after the BBC had a somewhat dubious pastor on to talk about Brexit. The BBC has since cleared everything up though:

The BBC didn’t pay an actor to come on and defend Theresa May’s hated Brexit deal. No, it just got a pastor who does some acting on the side. A pastor who was ordained over the internet. And has a side-line in Islamophobia.

Hey, @BBCNewsnight, I'm starting to have my doubts that this here 'Reverend Lynn' is the fine upstanding vicar she said she was… pic.twitter.com/y667i5H95r

Some people have said that many of these issues might be worse than if they had just booked an actor. Someone who disagrees is Lynn the plumber.

Appearing in the audience of some BBC politics show, Lynn the plumber was given the chance to ask a question. Instead she said:

It’s-a me, Lynn the plumber. I just want to say that the BBC was very smart to speak to Lynn the vicar – she’s a very smart lady.

As you can imagine, the BBC was forced to issue another ‘apology’:

Claims that Lynn appeared as a paid actor (again) are false. Lynn is a plumber who was ordained by an internet plumbery. Yes, she may in fact also be Lynn the vicar, but come on – we’ve got better thing to do than screen all our guests.

So that’s an ‘apology’ in the BBC sense then – i.e. a short statement explaining why you’re an idiot to question them.

In an interesting twist, an anonymous employee from the Beeb has explained why Lynn keeps getting booked:

Look, she may be a weirdo with some hideously bigoted opinions, but we literally can’t find anyone else who supports the PM right now.