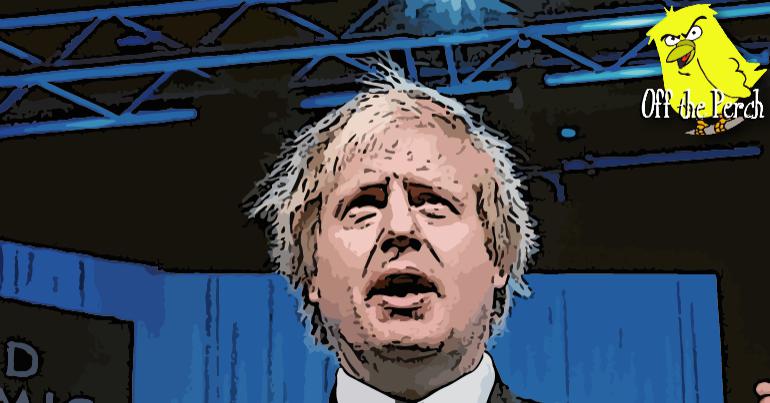 Earlier in the year, Boris Johnson penned an article that many deemed to be ‘racist’ against Muslim women. Some celebrities disagreed, but then racists repeated his ‘letterbox’ comments while racially abusing women.

But were these comments, which racists repeated in a racist context, actually racist?

According to an ‘independent panel’, the answer is… you guessed it!

The legal panel had access to video footage of Johnson writing the article. According to the Tories who’ve seen it – all of whom are expert lip readers – Johnson repeatedly said the words:

This has been disputed, with others suggesting he said:

It turned out the expert lip readers couldn’t agree, which means everyone should just believe whatever they want in an incredibly confident fashion.

Responding to being let off the hook, Johnson himself said:

I’m happy to hear that this independent panel of racists… err… I mean independent panel of judges has made the right decision. They were right to acknowledge that I was being satirical. Largely because it sets precedent, and means we can forever hold our hands up and say, ‘it’s just satire, you plebeian donkey fuckers – everything we say is just satire’.

Following this statement, Johnson proceeded to egg on a nearby gang of droogs who were committing a hate crime. Although he was encouraging them in a ‘satirical’ way, it could lead to another inquiry. In which case, expect it to report back just after parliament breaks in December 2019.

Merry Christmas, from the Tory Party!