Theresa May ready to say the word 'compromise' a lot - Canary 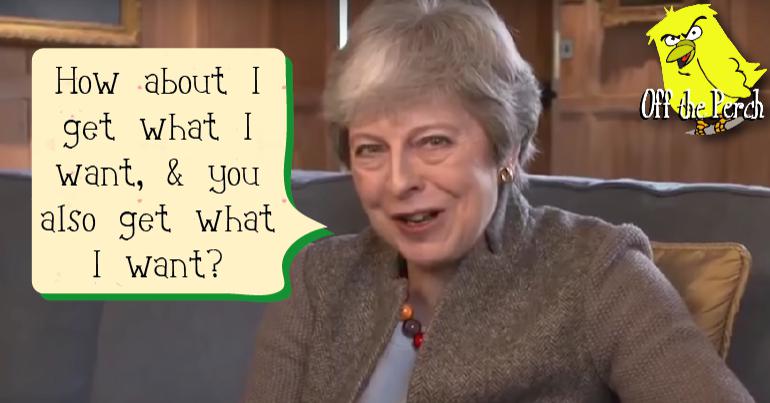 Over the course of her career, Theresa May has shown herself to be pretty much incapable of compromise. Not because she’s tough or knows what she wants; it’s more like a toxic mix of privilege and middling intellect has rendered her incapable of understanding her own failings.

She’s now come to the end of the line, however, and has to work with others. Her idea of how to do that is basically just saying the word ‘compromise’ a lot.

A leaked conversation between May and Jeremy Corbyn went as follows:

TM: How about you compromise by agreeing to my deal?

JC: How is that a compromise?

JC: That isn’t how compromise works.

JC: You can’t just say the word ‘compromise’ – you have to actually shift your position.

TM: I could sing it?

It’s very likely that May is running down the clock so politicians are left with a choice between her deal and no deal. It’s very likely, because that’s her only strategy. The other option is she comes up with a new plan, and May just doesn’t roll like that.