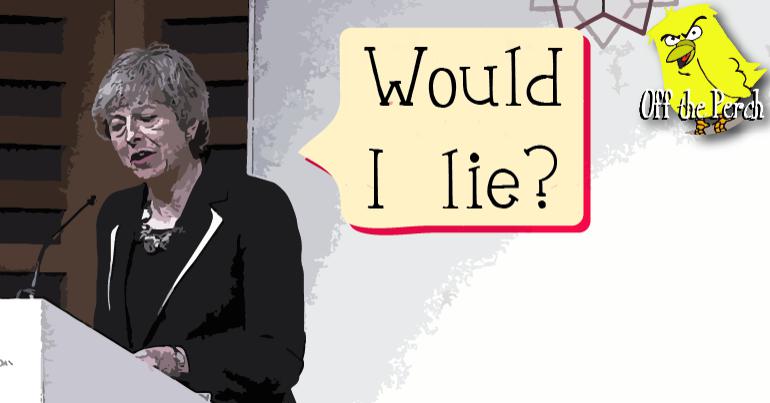 Theresa May has said she’ll be gone by autumn. She’s said other things in the past. Guess how many she stuck to?

If you guessed ‘0’, you may have won a prize. Well done. According to our honest PM, that puts you in line for a £1m payout.

May has frequently failed to live up to her word. She’s previously promised to:

If I said how Theresa May eats chips shows she's unfit to govern, Tories would call me bonkers. It's literally what happened to Ed Miliband pic.twitter.com/ZUzhEOZ02c

To be fair, she has kept some promises. Like all Tories, she’s upheld the party’s dedication towards:

She also followed in the proud Tory tradition of giving ministerial positions to the people least capable of fulfilling them.

May’s promise tells us one thing: she definitely won’t be going in autumn. She might get booted out before then, or she might leave in winter. Leaving on time just isn’t on the cards.

Unless of course hell freezes over. Which it might, given the Tories’ continued fucking of the environment. Another right-wing promise they’ve kept.