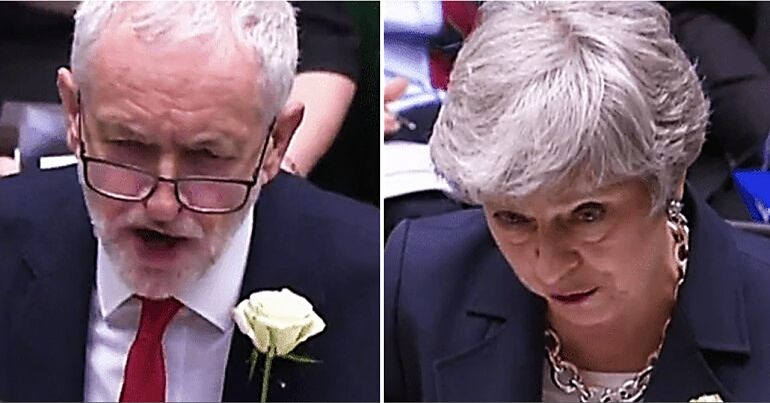 On 8 May, Jeremy Corbyn exposed the Conservative Party’s history on the NHS. And this ghost from the party’s past threw off Theresa May, who was attacking Labour’s healthcare record.

In response, the Labour leader said:

Mr Speaker, nobody on this side of the house ever talks down the NHS. It’s Labour’s greatest achievement. The principle of healthcare free at the point of need as a human right was a Labour achievement. And every Tory MP voted against it.

The Conservatives voted against the creation of the NHS over 20 times in parliament. Shadow health secretary Jonathan Ashworth previously said:

The Tories fought it tooth and nail all the way through Parliament on a three line whip. In fact they voted against the creation of the NHS 22 times including at the third reading. Over the last 70 years, the Tories have under-funded and tried to sell off the NHS. Labour governments have always stepped in to fully fund and rebuild the NHS.

Fast-forward to the 2010s, and David Cameron’s coalition followed by May’s administration have cut the NHS to the brink. Dr Jennifer Dixon, chief executive of the Health Foundation thinktank, notes that the NHS is “short of 100,000 doctors, nurses and other staff”. Back in 2017, the Red Cross said the NHS was in a “humanitarian crisis”. And, as part of ongoing Conservative privatisation of the health service, May plans to chop the NHS up into sellable chunks branded as ‘Integrated Care Providers (ICPs)’.

At PMQs, Corbyn threw off May with her party’s own shameful NHS history. It should serve as a reminder that the current government values profit over human rights. And it’s a stark warning that we must fight for our public healthcare.