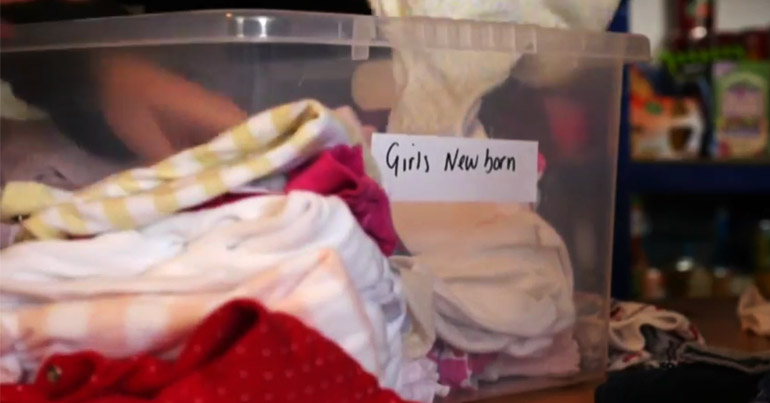 New parents are leaving their babies in hospital because they can’t afford to take them home. Many parents also have to rely on ‘baby banks’ to get the items they need. And it’s because of the shambolic way that Universal Credit is handled.

On 3 May, the Mirror reported that “mums [are] forced to leave hospital without babies”. There are a number of reasons for this, but many can be traced to problems with Universal Credit. For example, the NHS requires vehicles taking babies from the hospital to have a car seat. But seats can be expensive to buy. Not only do Universal Credit recipients have to wait up to three months for their first payment but the amount often isn’t enough to live on.

Gerard Woodhouse, a Labour councillor in Liverpool, told the Mirror that, as a result, in his ward:

there are people having babies who have not got a cot, pram or anything to take the baby home. The baby is left in the hospital when the mum goes home until a social worker or the NHS find provisions.

The BBC also reported on the problem. It cited a ten-week delay in Universal Credit payments as the reason one new mother ended up “begging” for a car seat.

About 30% of babies in the UK today are born into poverty. One outcome of this is the rise in ‘baby banks’. These are similar to foodbanks but, rather than food, they provide donated baby essentials such as clothes, car seats and prams. There are up to 160 across the UK at the moment and this number is steadily growing.

A Channel 4 Dispatches investigation said the number had grown ten-fold in the eight years up to 2018. It noted that the “transitional phase” of people moving onto the benefits system was particularly problematic. Several quotes offered to the investigation also linked the introduction of Universal Credit to the growing need for baby banks.

However, the Department for Work and Pensions told the BBC:

On Universal Credit, no-one has to wait to be paid as up to 100% advances are available from day one of a claim. New mothers could also be eligible for a £500 grant towards the cost of having a child.

Universal Credit has led to an array of serious problems, including the huge rise in foodbank use. This is the result of austerity politics that hits those at the bottom hardest. Yet there is still no starker symbol for its failure than new parents unable to return home with their baby.