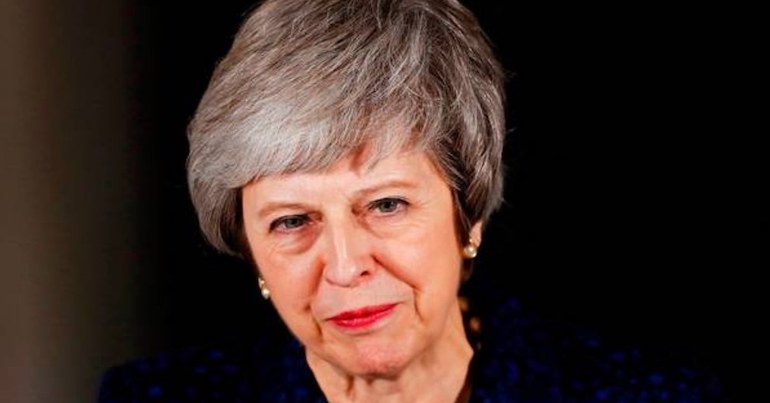 A top Conservative MP has published a damning analysis of the party’s future. This comes as pressure is building for Theresa May to announce when she’ll resign.

On 8 May, the influential Conservative backbench 1922 Committee met. There was much speculation that it may try to force May’s resignation. Ahead of this meeting, Robert Halfon, a former Conservative Party deputy chair, reflected on the local election results and declared:

What a s**t-show. More than 1300 seats lost. Over a thousand hard-working councillors out on their ear – not for the most part because of anything they did wrong, but because of a disastrous national situation.

Writing for Conservative Home, he claimed that Tory grassroots organising “is now on life support” and continued:

Our failure to deliver Brexit, broken promises to properly address burning social injustices, our continued Party disunity and a lack of strong leadership brought about this disaster.

Halfon warned that Labour’s “message on austerity still resonates with working-class voters struggling with the cost of living and fatigued with cutbacks in local government and public services”. And he called Nigel Farage’s Brexit Party “a tsunami in terms of political disruption”. He also suggested that the Lib Dems and Green Party gained seats as a “protest vote” and that this came “largely for the abject failure to deliver Brexit”. He indicated that if the party ignores this situation it’s “heading towards a 1997-type defeat”.

Amid speculation about who might seek to replace May, Halfon also said potential leadership candidates were “busy holding a beauty parade”.

Yet, according to Politics Home editor Kevin Schofield, May has no plans to outline a date for her resignation:

Downing Street says the PM will not be setting out a timetable for her departure even if Brexit isn’t delivered, despite 1922 Committee demands. Spokesman: “She is here to deliver Brexit in phase one and then she will make way for phase two.” Looks like she wants to go on and on.

Local Conservative associations confirmed a vote of no confidence in May’s leadership is set for 15 June. Although this isn’t a binding vote, it could send another clear message to May.

As Jessica Elgot, the Guardian‘s chief political correspondent, noted, May ‘bought’ herself another week from the 1922 committee. She “agreed to meet and discuss her future with the” 1922 executive committee. Elgot also said that “1922 chair Graham Brady” told the “meeting of Tory MPs that the PM told him Brexit progress” could be expected in the “near future”.

At present, it’s unclear what will happen next. But Halfon’s letter and the 1922 Committee meeting indicate growing unrest among Conservative backbenchers.