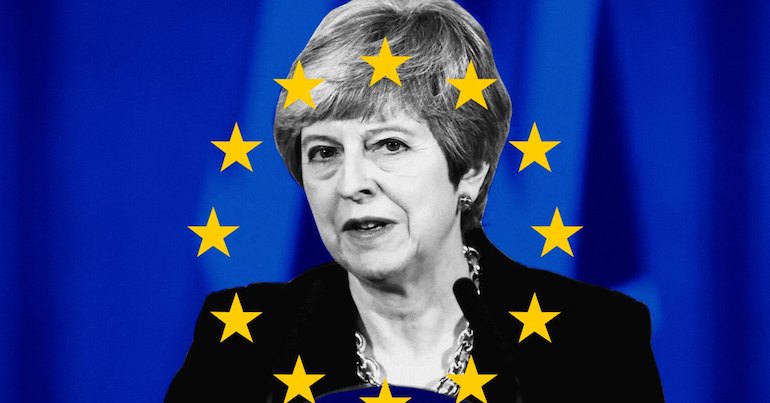 Brexit chaos continues. But new reports show the eye-watering cost of Brexit so far. And this comes against a backdrop of ongoing cuts as schools and the NHS face crisis.

Labour analysed January’s government data that shows all spending of £25,000 or more. This revealed that, in January alone, the government spent £5.5m on “management consultants to help with Brexit policy”. The government also bought a flat in New York worth $15.9m (£12m). This was for Antony Phillipson, a British diplomat, to “live in while he negotiates trade deals with the US”.

Meanwhile, according to a report from investment bankers Goldman Sachs, the British economy has lost £600m each week since the 2016 referendum. As I News reported:

This means that every seven days, Brexit has cost the economy nearly double what the Leave campaign promised would be spent on the NHS if the country voted out.

Theresa May lunges the UK ever closer to a no deal Brexit. But it’s emerged that “no deal planning” has cost £4bn.

UK has spent £4bn on no deal planning, according to the UK Ambassador to France and former chief of staff of former Prime Minister David Cameron. https://t.co/1iFVPTse8L

In the meantime, austerity bites deeper everyday and schools and our NHS face a deepening crisis.

The vast sums spent on Brexit come against news that 4.1 million children now live in poverty. In working families, this rose from 67% to 70% in the past year. Research published by the Child Poverty Action Group (CPAG) also revealed that:

Children in low-income families suffer social exclusion and a sense of shame because they do not have enough food to eat.

Whilst we allow Brexit to consume us 3.7 million children now live in ABSOLUTE POVERTY are going hungry and experiencing feelings of shame and social exclusion. We have completely lost all perspective https://t.co/tJzapFxrwb

cuts have consequences, and it is a disgrace that in one of the richest countries in the world teachers are being forced to beg parents for money to pay for basic supplies and schools are forced to close early due to lack of funds.

Others, meanwhile, pointed out how many people would benefit from the £5.5m spent just on Brexit consultants:

Do you know who could have done with this money? The homeless, schools, youth centres, the NHS, the police…

Brexit is proving to be an epic waste of time, energy and money. #BrexitShambles

One doctor called the amount spent on no deal planning “grotesque”. She pointed out what that money could fund in the NHS:

Never forget what that £4 billion could have been spent on:

What a grotesque waste of taxpayers' money. The lives that could have been saved. https://t.co/rut15Y3D7K

not to tell the public about any damage they expect to suffer from Brexit because it would hurt “commercial interests”.

As Dr Jennifer Dixon, chief executive of the Health Foundation thinktank, explained, the NHS “is already short of 100,000 doctors, nurses and other staff”. And now a report from the Commons Public Accounts Committee (PAC) has warned the NHS will “rapidly reach crisis point”. MPs highlighted dangers if the NHS “continues to lose staff and fails to attract more overseas workers because of Brexit”.

Despite austerity and savage cuts, it seems that the Tories can find billions to fund their Brexit chaos. Yet children, many other vulnerable people in the UK, and everyone who relies on the NHS all face an even bigger crisis daily.