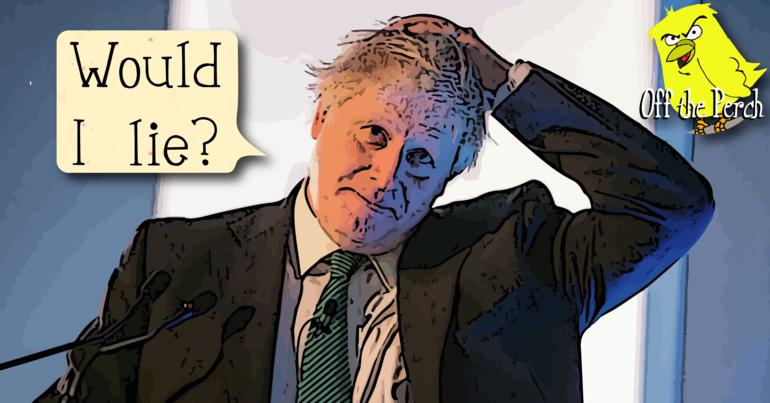 Boris Johnson is due in court over claims that he lied during the EU referendum. If he’s found guilty and punished, it would be a big shock. Usually we just let politicians get away with spewing unfettered horseshit. As such, the development is concerning for all the politicians who see deceit as the fireman’s hose of politics.

This is complete nonsense. So what – now I’ll have to figure out in advance if what I’m saying is true? Do you realise how much extra workload that’s going to give me? I’ll have to pay my researcher nephew to actually do some research. Currently he just funnels expenses back to my bank account, unless this is on the record, in which case he definitely does research.

Obviously there’s an argument for politicians telling the truth, but moving the goal posts mid-game just really isn’t fair. Surely there should be a cut-off date? There’ll be chaos if not. Will we have to dig up Thatcher and get her in the dock? You really haven’t thought this through.

A further one complained:

THE TRUTH IS AN ANTI-BREXIT CONSPIRACY!

A final Tory told us that there are no lies in politics, actually. At this point, we couldn’t help but notice that his pants had caught fire.

“No they haven’t,” he claimed, as the tweed slowly burned.