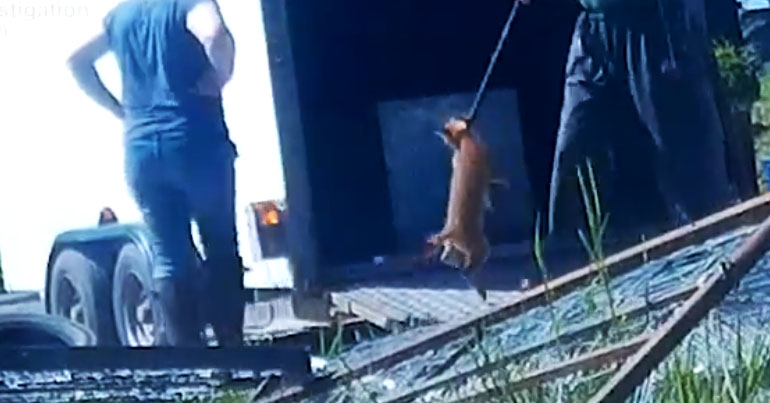 Two people linked to a hunt have pleaded guilty to animal cruelty charges. And it comes during a trial that’s taken three years to reach court.

On 30 May, Julie Elmore and Paul Reece both admitted guilt on two counts of causing unnecessary suffering to foxes. Their admission came during a trial of five people accused of feeding living fox cubs to hunting hounds. The Hunt Investigation Team (HIT) filmed the acts, which happened in May 2016, with a hidden camera at the South Herefordshire Hunt’s kennels. The BBC exposed the case to the public in June 2016.

Elmore and Reece’s admission comes after the judge threw out an abuse of process application by the defence. HIT told The Canary this application was based around “allegations that the police had not followed procedures correctly”. But it’s not the first time those linked to the case have made such accusations. In May 2018, the BBC reported that at least one person linked to the South Herefordshire Hunt accused an investigating officer of misconduct. Claims included having affairs with anti-hunting activists and leaking confidential information.

PC Richard Barradale-Smith was cleared of any wrongdoing, but it delayed the fox cubs case from going to trial by two years. Barradale-Smith’s family described the accusations against him as a “smear campaign”.

The South Herefordshire Hunt has disbanded since the acts came to light.